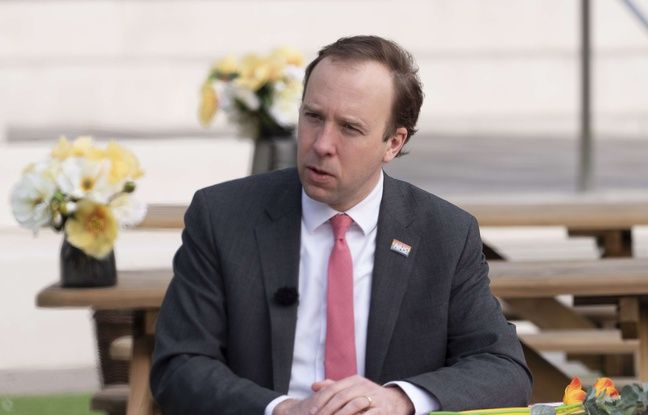 The British government made an effort on Thursday to reassure the population about the safety of vaccines, the day after the announcement that AstraZeneca’s serum against Covid-19 would be reserved for over 30s as a precaution. All vaccines used in the UK are ‘safe for all ages’, but due to the ‘extremely rare’ risk of developing a blood clot, those under 30 will be offered the Moderna or Pfizer / BioNTech vaccine, a explained Health Minister Matt Hancock, who toured the television sets Thursday morning.

The number of contaminations, hospitalizations and deaths (less than 50 per day) linked to the coronavirus has dropped drastically over the weeks of confinement and the progress of the vaccination campaign, one of the most advanced in the world. Three in five adults have received a dose of the anti-Covid vaccine and the United Kingdom, the most bereaved country in Europe by the pandemic with nearly 127,000 deaths, intends to offer a dose of vaccine to all adults by the end of July .

But this vaccination campaign, so far without pitfalls, had a first hiccup with the decision to reserve the AstraZeneca / Oxford vaccine for over 30s, after the reporting of rare but serious cases of blood clots among those vaccinated. Addressing the youngest, the Minister of Health assured them: “The vaccines are safe and if you want to have the Pfizer or Moderna vaccine instead (of the AstraZeneca), no problem. “

“Covid is a horrible disease and it seems ‘Long Covid’ affects people in their twenties just as much as any other age group and can have debilitating side effects that will ruin your life. life, ”the minister warned on the BBC. The British drug regulator, MHRA, said on Wednesday it had seen the deaths of 19 people who had received the Oxford / AstraZeneca vaccine, out of a total of 79 cases of blood clots identified and more than 20 million doses administered since the beginning of December. Its director assured that the benefits of the vaccine remained greater than the risks for “the vast majority” of the population.