Greece is reconfiguring from Saturday to curb the epidemic 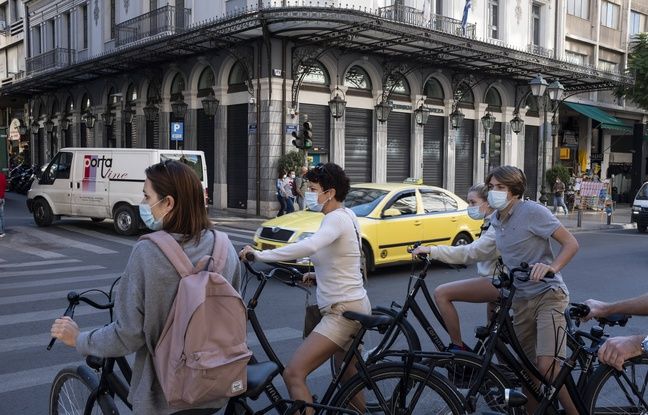 Greek Prime Minister Kyriakos Mitsotakis announced on Thursday a total reconfinement of the country for three weeks, starting from Saturday. Like much of Europe, Greece is facing a second wave of the pandemic.

“It was a difficult decision” but “measures must be taken for three weeks to overcome the second wave” of the coronavirus, said the Prime Minister. Greeks will now only be able to leave their homes after having been authorized to do so via an SMS received on their mobile phone.

An SMS to leave your home

Containment is due to begin at 6 a.m. local time on Saturday, only “essential stores”, including supermarkets and pharmacies, will remain open, according to Kyriakos Mitsotakis. To leave your home, you will have to indicate the reason and the time by SMS and get the green light from the authorities, also by SMS. Unlike the first confinement imposed for six weeks at the end of March, “nursery and primary schools will remain open,” said the Prime Minister. Distance education will restart for middle and high schools, with universities already operating remotely, under recent measures.

This re-containment comes as the number of deaths and people infected with the new coronavirus increases daily: 2,646 new cases and 18 deaths were recorded on Wednesday, a notable increase compared to the daily figures of last week.

Too many patients in intensive care

In total, the coronavirus has claimed 673 lives in Greece and nearly 47,000 positive cases. But it is above all the number of patients hospitalized in intensive care that worries the authorities because of an insufficient health system: the number of intubated people has doubled in one month, going from 82 people on October 4 to 169 on Wednesday.

“The Covid-19 beds in Thessaloniki are 78% occupied and in the Athens region 66%,” said the spokesperson for the Ministry of Health, Sotiris Tsiodras. “Why make this decision now? “, Continued the Prime Minister, because” the last five days we have seen a dangerous increase in the number of deaths and the occupation of (beds) in intensive care “. “If we continue at this rate in 10 days, we would have more than 1,000 people in the hospital,” he added.