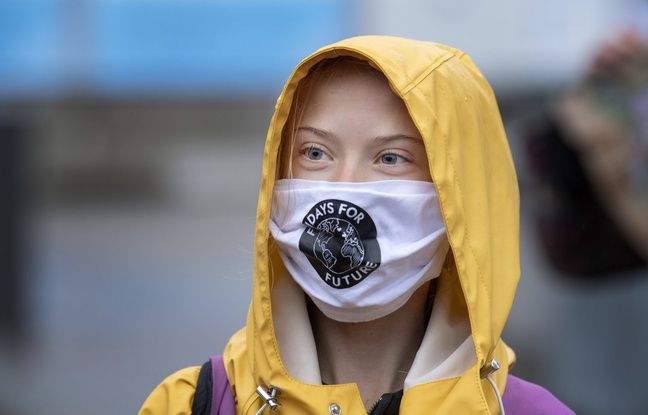 The inauguration on Tuesday of a statue of the figure of the movement against global warming Greta Thunberg at a British university sparked controversy over the funds devoted to her. Called “Make a difference”, the bronze work, the first life-size statue of Greta Thunberg in the world to the knowledge of the University of Winchester (southern England), was produced by artist Christine Charlesworth .

“Proud” to pay tribute to the 18-year-old Swede, the establishment recognizes that it is “for many a controversial figure” and welcomes “reasoned debates and critical conversations”, declared in a statement its vice – Chancellor, Joy Carter.

While expressing admiration for Greta Thunberg, the students’ union denounced in a statement the amount devoted to the statue, nearly 24,000 pounds sterling (28,000 euros), asking that the same amount be allocated to student support services.

“We are in a Covid year, a lot of students haven’t really had access to campus many of them are trying to study online and really need support,” Megan Ball, president, told the BBC of the student union. The university union denounced the “vanity” of the project, also criticizing the amount invested, which could have been used to avoid layoffs and budget cuts.

The vice-chancellor retorted that the statue was funded by funds that could only be spent on the building in front of which it stands, and that no funding was diverted from “student support or the endowment of the staff to finance the project ”.

A new “green” building for the university

Its presentation corresponds to the opening of a new flagship building of the university, “one of the greenest” in the city, with rainwater harvesting and photovoltaic panels. The statue is “a symbol of our commitment to fight the ecological and climate emergency in the momentum” of the COP 26 scheduled for November in Glasgow (Scotland), underlines the university.

In 2019, the establishment declared an ecological and climate emergency and set itself the goal of carbon neutrality by 2025.