Growth, employment… What is INSEE forecast for the coming months? 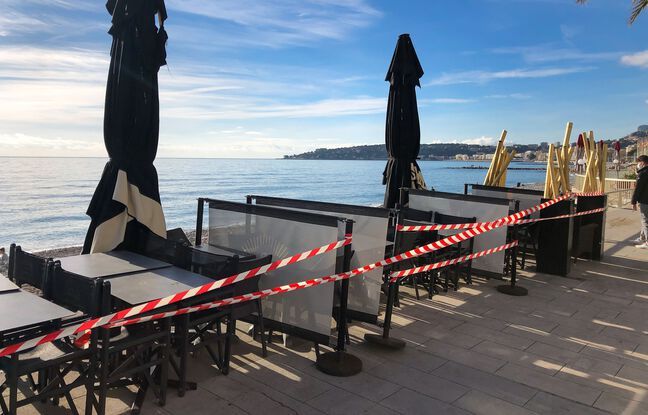 Will sunny days return soon? INSEE published its economic report on Thursday, which outlines the economic weather for the coming months. Unsurprisingly, this one promises to be rather mixed. “The evolution of economic activity [sera] closely linked to that of the health situation and the associated restrictive measures ”indicates the note.

In the first quarter of 2021, growth should thus reach 1%. GDP should nevertheless remain well below its pre-crisis level (around 4%), a sign of a very slow recovery. For the following months, “there are both signs of weariness in the face of a lasting crisis, but many signs of resistance, especially on consumption”, notes Julien Pouget, head of the economic situation at INSEE . 20 Minutes sums it all up for you.

A sharp rebound in the unemployment rate

In 2020, 284,000 jobs were destroyed, a negative balance that had not happened since 2012. “This drop is mainly due to the commercial services sector, which covers the sectors most durably affected by the crisis such as accommodation and catering and household services [incluant la culture et les loisirs] », Indicates INSEE.

And 2021 does not look better. The authors predict an acceleration in job destruction at the start of the year (- 77,000 in the first quarter, against – 21,000 at the end of 2020). According to the study, “the lasting nature of the crisis would lead companies to gradually give up retaining labor in their workforce, in particular by reducing the extent of their recourse to short-time work”, thus favoring layoffs and non-renewals of contracts. Again, it would be the sectors mentioned above that would pay the heaviest price.

A question of definition

To this will be added another phenomenon: many people who did not have a job in 2020 were not in “active” search. They simply could not apply for job offers because of the various restrictions (confinement, travel restrictions, shutdown sectors, etc.). In fact, they were not counted as being “unemployed” within the meaning of the International Labor Office (ILO, whose definition is used for international comparisons).

The lifting of restrictions since mid-December 2020 will therefore lead this entire population to resume their research and to reinstate the statistics. According to INSEE, the unemployment rate (in the sense of the ILO) should therefore climb to 8.5% in the first quarter, i.e. 0.7 point more than at the start of 2020.

A timid rebound for consumption

An essential pillar of economic growth, household consumption is not celebrating at the start of the year. According to INSEE, “after a sharp rebound in December, with the reopening of” non-essential “businesses,” the French have not started 2021 by heating up the CB in an unbridled manner. Of course, the winter sales, postponed by a few weeks, did indeed lead to a slight rebound in February. But in the end, the level of consumption would remain 6% lower than last year.

In addition, indicates the study, “the strengthening of sanitary restriction measures, with the implementation of local confinements on weekends, is likely to affect household consumption. […] “. This heavy health context and the impossibility of consuming in certain sectors (travel restrictions, prohibitions on ski lifts, closure of restaurants, etc.) logically lead to a strong tendency to save.

In view of these elements, INSEE is betting on a very gradual recovery in the coming months. For the second quarter of 2021, it forecasts GDP growth of 1%. But beware, this forecast is based on an optimistic scenario. Namely, “a gradual easing of the restrictive measures from mid-April […] with a potential reopening of restaurants and bars and a resumption of leisure activities currently closed, but also more generally a lifting of the curfew during the week ”. But given the current progression of the epidemic in France, and the relative speed of the vaccination campaign, it is far from being won.