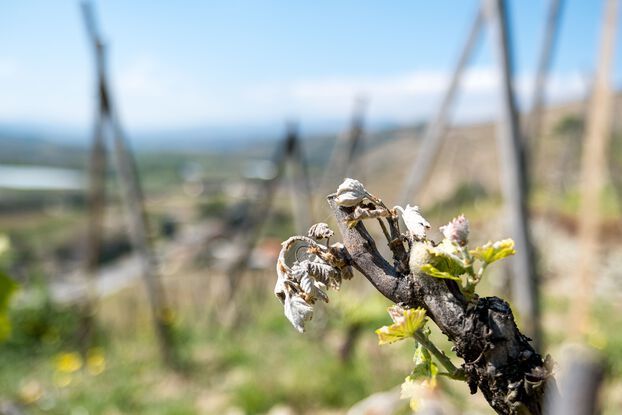 The exceptional frost that hit France in April could well have a disastrous impact on the sector. According to the public body FranceAgriMer, the 2021 wine harvests could decrease by around 28% to 30% compared to the average of the last five years.

The country “could lose between 12.5 and 15 million hectoliters”, according to this provisional assessment to be taken “with caution” because it will take time to really estimate the damage, said Ygor Gibelind, delegate for the wine industry at FranceAgriMer. The shortfall would be “between 1.5 and 2 billion euros” for the sector, still depending on the profession, he said during a videoconference.

“About two billion euros” of losses

Jérôme Despey, secretary general of the FNSEA and president of the specialized council “Wine and cider” of FranceAgriMer, announced on April 15 that the sector expected to lose a third of the harvest, therefore “about two billion euros “. Let be the upper range of this estimate.

“The estimates of losses by professionals seem consistent with those of our services”, indicates the office of the Minister of Agriculture.

One billion euros in aid for farmers

In 2021, the harvest could therefore amount to 32 million hectoliters, according to these initial estimates. But it will also depend on the recovery of vegetation and future weather conditions. Prime Minister Jean Castex announced on Saturday a billion euros in aid for farmers (wine growers, arborists, beet growers in particular) affected by the episode of intense frost that hit the country in April.