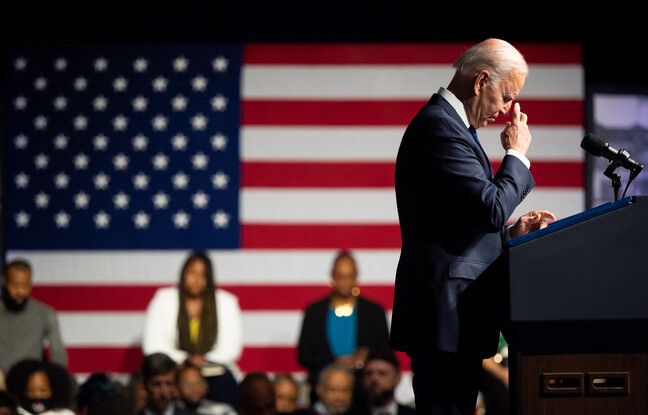 The United States must “face its past”. Joe Biden said on Tuesday that he visited the scene of a massacre of African Americans in Tulsa, Oklahoma, in order to “help break the silence” which has long plagued one of the worst episodes of racist violence in the history of the United States.

Tune in as I deliver remarks to commemorate the 100th anniversary of the Tulsa Race Massacre. https://t.co/JLAHnyeyhH

“The events we are talking about took place 100 years ago, and yet I am the first president in 100 years to come to Tulsa,” insisted the Democrat, saying he wanted to “bring out the truth”. “I came here to help break the silence. Because in the silence, the wounds deepen ”.

The racist Tulsa massacre has “been forgotten in our history for too long. As soon as it happened, there was a clear effort to erase it from our memory ”, he denounced, stressing the presence in the public, in front of him, of three hundred-year-old survivors of this massacre: Viola Fletcher, Hughes Van Ellis and Lessie Benningfield Randle. “Some injustices are so atrocious, so terrifying, so painful that they cannot remain buried,” continued the former vice-president of Barack Obama.

Kamala Harris tasked with defending the right to vote

Joe Biden used this historic speech to denounce the “absolutely unprecedented” attacks on African Americans’ right to vote, “the most basic right”, through laws restricting access to the polls in some conservative states . “This sacred right is attacked with an intensity that I have never seen,” said the Democrat, announcing having instructed his vice-president Kamala Harris to work on a solution to better protect it.

Since the presidential election, bills limiting access to the vote have multiplied in the States at the initiative of the Republicans. They are denounced by the Democrats as particularly striking minorities.

In Tulsa, the president therefore promised to “fight” for an electoral law supposed to protect access to the ballot box to be adopted in June by Congress, as well as another text named in tribute to John Lewis, figure of the civil rights struggle died in 2020. The Democratic-controlled House of Representatives approved the first bill (HR.1) in March. “The Senate will consider it later this month and I will fight like hell, with all the tools at my disposal, to have it passed,” he said, while admitting that his majority in the upper house was too narrow to guarantee this vote.

»In pictures: The devastation of the Tulsa massacre

Share
Facebook
Twitter
Pinterest
WhatsApp
Previous articleCan Donald Trump be “reinvested” as president in place of Joe Biden as he would have suggested?
Next articleAfrican Union announces “immediate suspension” of country after military coup