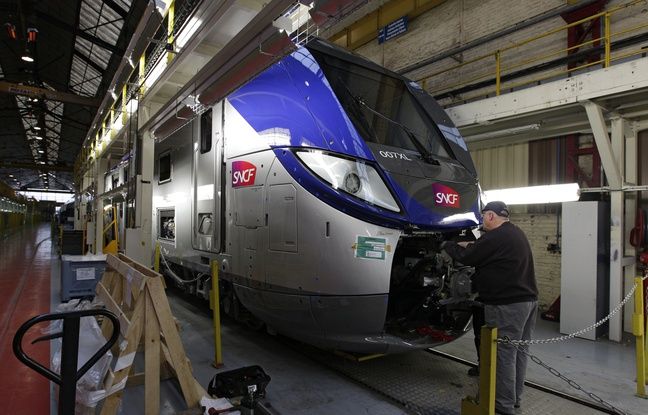 New good news for Bombardier. During the plenary meeting of the Hauts-de-France regional council, Wednesday, a deliberation was adopted to ratify the order for 33 TER trainsets from the Canadian railway equipment manufacturer. These trains will be entirely produced in Crespin, in the North.

This order, amounting to more than 565 million euros, should make it possible to replace the old “VR2N” trainsets by the new Regio2N by 2025. They will be put into service “on the Paris-Amiens and Paris axes. -Saint-Quentin, ”said the region. These trains will also be equipped with “the European signaling system to provide service to Roissy-Picardie”, added the institution.

Bombardier’s rail branch on the rise

Regio2N trainsets are manufactured at the Bombardier site in Crespin. The president of Hauts-de-France, Xavier Bertrand, therefore welcomed the fact that this order “reinforces the 2,000 direct jobs at the site”. It is also in Crespin that Bombardier will recruit 400 additional permanent contracts with a view to increasing its production capacity by 25%.

#directHDF 4 / This new order will also reinforce the 2,000 #jobs on the site of @Bombardier in #hautsdefrance. pic.twitter.com/50gdJEw7Qf

The order book of the Crespin site allows it to have visibility “at least 5 years away,” said the president of Bombardier Transport France and Benelux, Laurent Bouyer. A craze for rail while, for its aviation branch, Bombardier had announced last June, the elimination of 2,500 positions.