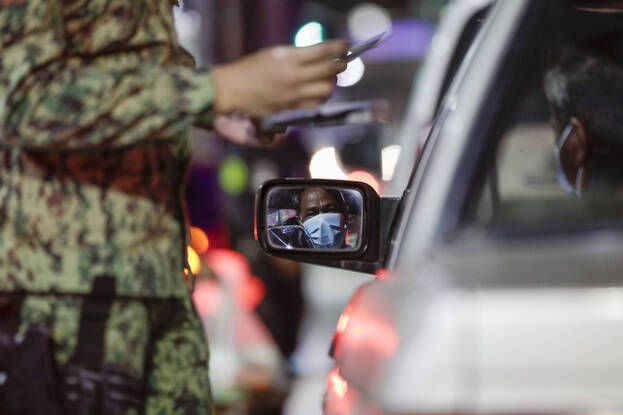 Darren Manaog Peñaredondo, 28, died on April 2 in General Trias (Philippines), a day after being forced by local police to carry out 300 squats. The man had left his home to buy water, his family told CNN. He was arrested at the wheel of his car for not having respected the confinement put in place to fight against Covid-19.

As punishment, law enforcement ordered him to do 100 squats and then forced him to do two more sets of movements, a police report said. The young man died at his home the next day. He was first convulsed and resuscitated twice by members of his family. Darren Manaog Peñaredondo finally fell into a coma before passing away around 10 p.m.

The Interior Ministry and the Municipality of General Trias have launched an investigation to clarify the circumstances of the Filipino’s death. The NGO Human Rights Watch published a damning report on March 26 concerning violence against residents breaking curfews or lockdowns. The document accused the authorities of not respecting the individual rights of those arrested.

He mentions in particular the case of men locked in a dog cage and of suspects left in direct sunlight for a long time. These punishments made the lawyer Jose Manuel Diokno, founder of the Free Legal Aid Group (Flag), react. “The only sanctions which can be applied by the police to offenders are those which appear in local and national laws”, he recalled. A total of 25 million Filipinos live in areas where lockdown was declared in March. With 14,000 deaths and 819,000 cases of Covid-19, the country is one of the most affected by the coronavirus in Asia.