“He is cho Rizo”, or “To fry the turkeys” … The employees of Brut Butcher exasperated by wearing sexist t-shirts 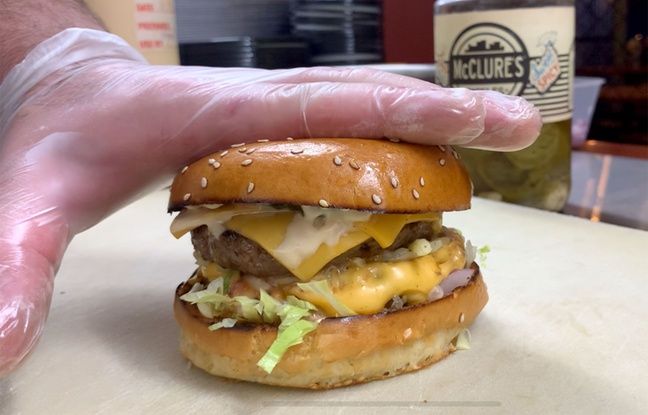 Employees of the Saint-Etienne fast food brand Brut Butcher denounce the T-shirts with sexist inscriptions, deemed degrading, that management requires them to wear, we learned Tuesday from corroborating sources.

Faced with management’s refusal to put an end to this practice, which has been in place for more than three years in the twenty restaurants in France, a demonstration is scheduled for Saturday in Saint-Etienne in front of one of the establishments. The brand (owned by the meat manufacturer Despi) is currently operating in take-out and home delivery mode due to the Covid-19 health crisis.

“To fry the turkeys”

Among the inscriptions on these work clothes are “A very pig restaurant”, “He is cho Rizo”, or “To fry the turkeys” … “The employees are regularly subjected to obscene and salacious remarks from certain customers”, explains Frédéric Leschiera, regional sales and services manager of the South union. An employee testifies to having been a victim when she wore a T-shirt “You have to stuff it”. Since last year, these burger restaurants have also offered a wrap called “La cagole”.

In August, the Loire labor inspectorate indicated that it had noted the presence of “inscriptions which may have a sexist character” and added to expect “a response adapted to the seriousness of the situation from the employer”, reminding him of his obligation “not to undermine dignity, or create an intimidating, hostile, degrading, humiliating or offensive environment”.

In a letter sent at the end of January to the Labor Council of Saint-Etienne, the lawyer for the brand replied that “not one of the 200 employees had complained about the humorous slogans affixed to the T-shirts (… ) nor reported to its management to have been the object of salacious remarks ”.

Criminalized by an old law on homosexuality, 249 men compensated