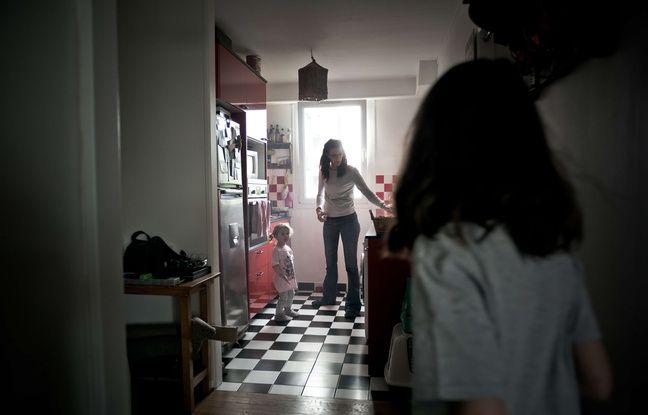 Chinese justice forced a man to pay his ex-wife more than 6,000 euros as “compensation” for household chores performed during their marriage, leading to heated discussions on social networks. Under China’s Civil Code, which entered into force this year, divorcing spouses have, for the first time, the right to seek compensation if they have taken on more responsibilities at home.

Ms. Wang, a housewife, testified in a Beijing court that during her marriage she took care of “her son and household chores” while her husband, “outside of his job, did not care. and did not participate in family chores ”. The wife therefore demanded financial compensation, according to a court report published on February 4.

“It’s rather profitable for the guy!” “

The court ruled that the mother had indeed taken on more household chores. He thus demanded that the ex-husband pay him 50,000 yuan (6,400 euros) as compensation – which seems to be a first in China. But Ms. Wang, who had asked for 160,000 yuan (20,400 euros), appealed the decision this week, according to local media.

An initiative that sparked a heated debate on the social network Weibo. “Just 50,000 yuan in compensation for the household for five years of marriage?” It’s rather profitable for the guy! », Reacted a user. “In six months, a full-time nanny costs more than that,” said another.

The amount of compensation was defined by the courts according to several criteria, including the duration of the marriage, “the efforts made by Ms. Wang to (perform) household chores, (her husband’s) income and the cost of living”. local ”, explained one of the judges, quoted by several media. Due to more liberal laws and the growing financial independence of women, divorces have exploded in China over the past two decades. This situation worries the government, which is trying to boost the birth rate in order to counter the aging of the population.