Health authorities could launch their vaccination campaign in mid-December 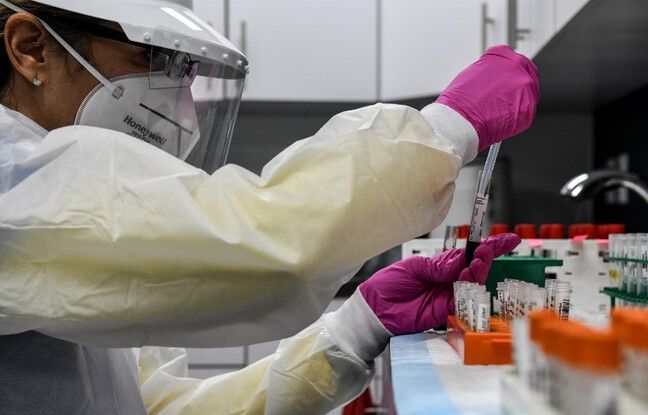 The United States hopes to start its vaccination campaign against Covid-19 before mid-December, as soon as it obtains the approval of the health authorities, said Sunday Moncef Slaoui, a senior official of the government operation for vaccines. “Our plan is to be able to transport the vaccines to the immunization sites within 24 hours of approval, so I expect it to be maybe the second day after approval, the 11th or December 12, ”said Moncef Slaoui on CNN, when asked about the expected date of the first vaccinations in the United States.

The senior official also said he hoped that once this mass vaccination campaign was launched, the country could expect to achieve “collective immunity” in May. “Normally, with the level of effectiveness that we have (95%), the fact of immunizing 70% or almost of the population would allow us to have real collective immunity. It will probably happen in May, or something like that depending on our plans, ”he said.

“I really hope to see the level of negative perception of the vaccine drop and the acceptance by people to increase. This will be essential to help us, ”he insisted, alluding to the mistrust of many vis-à-vis a vaccine. Just ten months after the sequencing of the new coronavirus, the American pharmaceutical group Pfizer and its German partner BioNTech on Friday asked the United States Medicines Agency (FDA) to authorize their vaccine against the disease caused by the virus, Covid-19 .

The request had been expected for several days, following the publication of the results of the clinical trial carried out since July on 44,000 volunteers in multiple countries, and according to which the vaccine would be 95% effective in preventing Covid-19, without side effects. serious. The US agency announced that a public meeting of its vaccine advisory committee would be held on December 10 to consider the request. The opinion of this committee is advisory. The decision whether or not to authorize the vaccine will then be up to FDA scientists, and could be made as early as the first half of December.

Donald Trump’s government is already planning to vaccinate 20 million people at risk in December, then 25 to 30 million per month. The United States is the country most affected by the disease in absolute terms. They have crossed the 12 million case mark, and deplore more than 255,000 deaths.