Her engagement ring falls in a lake, a diver finds her 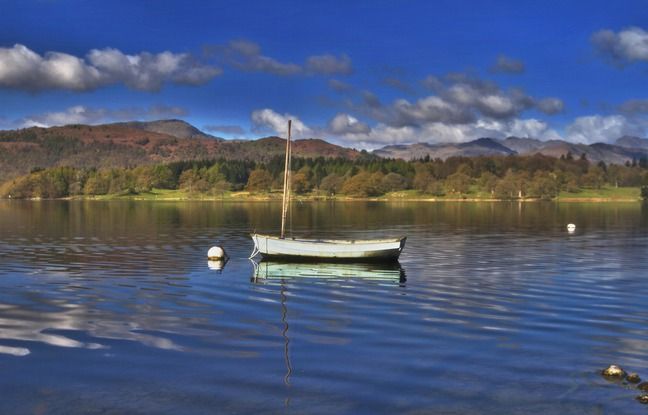 Find a needle in a haystack. This is the feat achieved by a freediver in Lake Windermere, England, in May. The man has indeed found an engagement ring fallen in the water a few hours earlier, reports the BBC.

That day, a young couple just engaged had decided to do a photoshoot to immortalize their love. The two lovebirds were on a jetty when the ring slipped from the young woman’s hand to land in the lake.

Freediver Angus Hosking answered the call when couple Rebecca Chaukria and Viki Patel lost their diamond ring off the end of a jetty on Lake Windermere, in the Lake District, northwest England, just two days after getting engaged.​ https://t.co/FwQkNI53B2

A specialist in finding objects

The fiancé wanted to take the plunge to retrieve the jewel but, held back by his other half, he finally returned to the hotel for finally a swimsuit and a life jacket. The establishment’s employees then advised him to contact divers specialized in searching for objects that had fallen in the water.

The young man first wanted to try his luck alone, in “absolutely freezing” water. “I lost all hope once I saw how mushy the bottom was,” he told the BBC. Then he finally resolved to contact a diver. “He was scouting for a while and I was starting to worry, then he came out of the water with a smile, saying ‘I think we have it,’” the bride-to-be said.

The two men then returned to the hotel to announce the good news to the young woman… who remained speechless. “She was really happy, but also a little shocked and didn’t say much,” her fiancé said. To thank him, the couple would like, if sanitary conditions allow it, to invite their savior to their wedding, reports CNN.