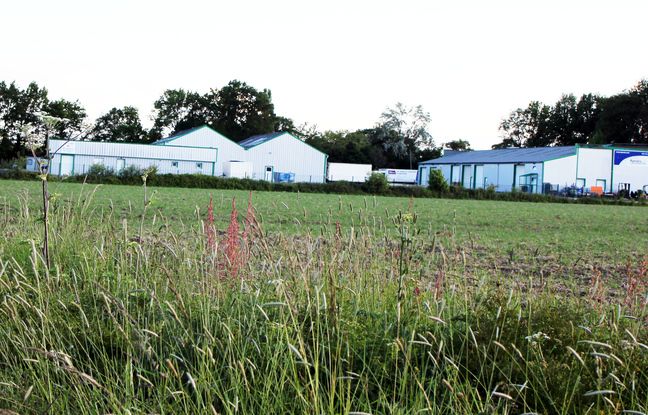 Notice to mathematics enthusiasts. We have a tricky equation for you! In a very attractive area like Rennes Métropole, many companies want to expand or come and settle. Great news for the local economy and jobs. But how to reconcile these increasing demands with the imperative to preserve agricultural land? If you have the solution, the city’s services will be delighted to hear it.

If we could fear that the crisis would slow down the Rennes economy, we can be reassured. She is doing well, thank you for her. So much so that she has to expand, grow, develop but cannot. “In the Rennes basin, I can’t see the crisis! There is a vital need for building land, but it cannot be found. ZACs (economic activity zones) are already almost full and we have great difficulty setting up businesses, ”explains Tom Audebert. For several years, this commercial real estate negotiator working at Giboire has been overwhelmed with requests from small businesses or craftsmen looking for vacant land or premises. “We cannot answer all the requests. We have clients who will never be able to settle in the country of Rennes ”. Result ? They go elsewhere, depriving the metropolis of jobs and taxes.

“The metropolis is developing, it is obliged to welcome”

The main difficulty is to find on the land side. In its “archipelago city” model of town planning, the metropolis is very careful not to nibble on its agricultural land. Already faced with an obligation to build housing, Rennes and its 42 municipalities are trying to “limit damage”. “The metropolis is developing. It is obliged to welcome new businesses, especially since we have a huge number of requests, ”concedes Jean-Marc Legagneur.

To limit sprawl, the vice-president in charge of trade, crafts and activity areas undertook a diagnosis of existing areas. And there is! We think of the Janais area, which PSA no longer operates in full. “For the time being, we are reserving this area for qualitative innovation companies,” replied the elected official. And Amazon, a time announced? “For now, Amazon is no,” he says.

The “least consuming” solution adopted by the agglomeration was that of extending existing zones, as is currently the case in Noyal-Châtillon-sur-Seiche in the Hil zone. Which is not without pain for the farmers who work there. Fourteen hectares of fields used to feed their animals will be consumed. “Can we not densify the companies that are already there?” There are fine words on the non-artificialization of soils, but the green belt is shrinking, ”regrets Gilles Théron, spokesperson for Génération Ecologie. “Densification remains privileged. But it is not easy to encourage a company to share its land or its building. These are often long negotiations, ”replies Jean-Marc Legagneur.

The ambition is also to improve what already exists, in particular by working on the environment of these areas, which are rarely charming and often unsuitable for soft modes such as walking or cycling.

The metropolis is also in permanent discussions with neighboring communities in order to better distribute the sites and therefore jobs, particularly concerning the large sites favored by logistics companies. A new observation. Ten or fifteen years ago, it was a bit of a war between communities to attract businesses. The trend is more towards mutual aid.

Share
Facebook
Twitter
Pinterest
WhatsApp
Previous articleAn institute tests a universal income of 1,200 euros on people drawn at random
Next articleMakAir, this low-cost respirator invented by the people of Nantes, bounces back in India