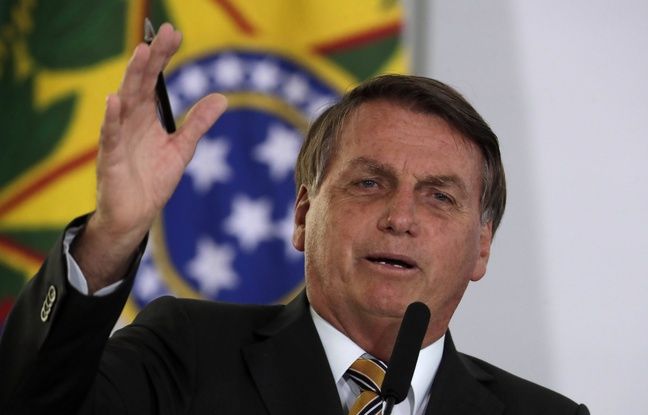 It’s a new public slippage for Jair Bolsonaro. In order to minimize the Covid-19 pandemic which has yet killed more than 162,000 people in his country, the president blurted out on Tuesday that Brazil had to stop “being a country of queers”. Bolsonaro used the term “maricas” for this, which can be translated as “sissies”, “fags” or “queers”.

“There is no point in fleeing”

“Today, there is only for the pandemic, we must put an end to that. I regret the dead, I regret them. We are all going to die one day, everyone here is going to die. It’s no use running away from it, running away from reality. We must stop being a country of queers. We must fight with our heads held high, fight, ”launched the far-right president during a speech on tourism at the Planalto Palace, seat of the federal government.

Jair Bolsonaro had previously hailed as a “victory” the suspension in Brazil of phase 3 clinical trials of a vaccine against Covid-19, CoronaVac from the Chinese laboratory Sinovac. “Death, disability, abnormalities … that’s it, the vaccine that Doria wanted to force all the inhabitants of Sao Paulo to receive,” the president said on Facebook on Tuesday, referring to the governor of the state of Sao Paulo, his opponent politician Joao Doria. The question arises as to whether this suspension is a real health choice or a purely political decision.