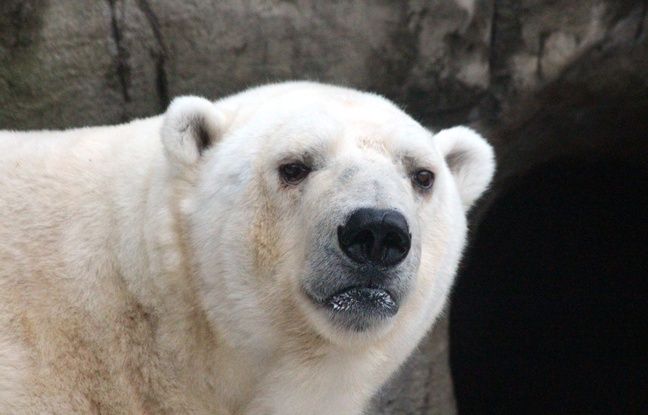 A Chinese hotel that opened on Friday is in the crosshairs of animal rights activists because it exhibits polar bears for the sole pleasure of its customers. The establishment located in Harbin (northeast), the capital of a province bordering Russian Siberia, looks like a huge igloo topped with artificial snow.

The large glass windows of the rooms allow guests to have a panoramic view of the bears installed in the central patio, surmounted by a glass roof and in which are installed ponds, rocks and artificial stalactites. A video shows the large mammals, considered an endangered species, photographed by many visitors under strong artificial light.

“The place of polar bears is in the Arctic, not in zoos or glass aquariums – and certainly not in hotels”, reacted the vice-president for Asia of the animal rights association Peta, based in the United States. He denounces an establishment “which takes advantage of the distress of animals”, while the natural territory of wild polar bears generally extends over several thousand kilometers.

On Chinese social networks too, most Internet users said they were uncomfortable this Friday in front of this hotel opened in the “Harbin Polar Park”, an amusement park in the city. “A panoramic prison for polar bears … So we haven’t learned anything about animal cruelty?” “, Estimated a user of the social network Weibo.

“Gaps in the law”

“The loopholes in Chinese wildlife protection law allow some companies to exploit animals regardless of their welfare,” said a spokesperson for the Chinese Animal Welfare Network.

Traumatized by the outbreak of the Covid-19 epidemic at the end of 2019 in Wuhan (center), China last year banned the consumption of most wild animals. But for the moment, no law prohibits the use of endangered species for medical or entertainment purposes, in particular by circuses where the living conditions of animals are sometimes difficult.

Share
Facebook
Twitter
Pinterest
WhatsApp
Previous articleThe opposition newspaper “Novaïa Gazeta” claims to have suffered a “chemical attack”
Next articleTen years after the start of the war, “Bashar al-Assad still reigns over a country in ruins”