How are our European neighbors going to celebrate Christmas? 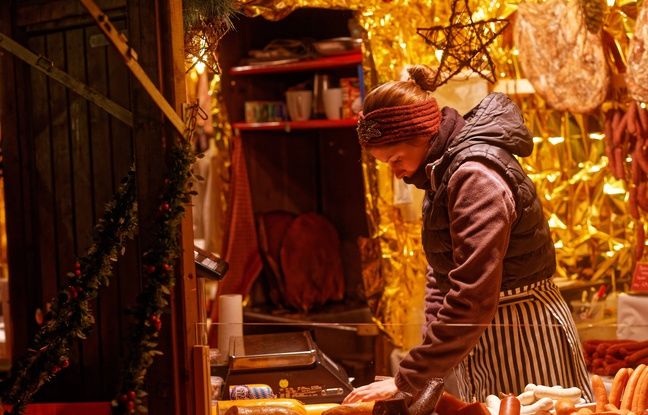 Whether in Italy, Austria, Germany or France, one thing is certain: Christmas will not be like what we have known. Faced with the epidemic rebound in Europe, and the fear of a third wave, our neighbors have (almost) all taken restrictive measures for the holiday season.

With the approach of family reunion (and therefore the multiplication of contacts), several countries have decided to tighten the screw to avoid an explosion of cases of contamination. Confinement, curfew, limitation of the number of guests, movement restrictions … Small overview of the measures taken by our neighbors for Christmas.

Germany reinstated partial containment from December 16 to January 10. Several Länder have introduced curfews, exceptionally lifted in Saxony and Baden-Württemberg for Christmas, but not in Bavaria. From December 24 to 26, Germans will be able to accommodate up to four adults in their family, in addition to children under 14.

In Austria, the government has announced a curfew from 8 p.m. to 6 a.m. on Boxing Day, from December 26 to January 24. Shops and schools will remain closed until January 18.

No confinement with our neighbors but a curfew from 10 p.m. to 6 a.m. The latter will be relaxed on Christmas Eve, from midnight to 5 a.m. But the family reunion will take place in a very small committee. For Christmas, the limit remains at a maximum of one guest per household. People living alone will be able to invite two people on December 24 and 25.

No confinement in Spain, but gatherings for the end of year celebrations (December 24, 25, 31 and January 1) are limited to ten people, children included. Travel between regions will be prohibited from December 23 to January 6, except for essential needs or to “visit or celebrate a holiday” with family. Bars and restaurants will remain open, but will be subject to a nighttime curfew, which varies depending on the region.

In Denmark, non-essential stores will be closed from December 25 until January 3. No travel restrictions for the holidays, but the authorities recommend not to be more than 10 people at the table for Christmas and New Year, and to maintain a distance of two meters between each guest.

The government has decided to reconfine from December 24, until January 12, but home visits will be tolerated until December 26. Some non-essential stores may remain open, but the January sales will be postponed. The schools will remain open.

In Italy, the government has adopted its strictest level of containment for Christmas and New Years from December 21 until January 6. Residents will be able to travel once a day in their region to visit relatives or friends, apart from the curfew put in place from 10 p.m. to 5 a.m. For the holidays, Italians can only receive two guests, accompanied by their children up to 14 years old. As for travel between regions, they are prohibited for the duration of the confinement.

The Netherlands, too, have decided to reconfine until January 19. And for those late with Christmas gifts, it’s already too late: the government has already closed non-essential businesses. Family gatherings are tolerated at Christmas, but authorities recommend receiving a maximum of three people.

In Portugal, a curfew has been decreed – except in Madeira and the Azores – with different schedules depending on the city. Travel between municipalities will be authorized from December 23 to 26. On December 24 and 25, the curfew in effect will be pushed back to 2 a.m. Restaurants and bars will have to close at 1 a.m. Between December 31 and January 4, the Portuguese will be prohibited from leaving their municipality. For the New Year, the Portuguese will have to adhere to a curfew from 11 p.m. to 5 a.m.

On Sunday, England urgently reconfigured part of its population due to the new strain of Covid-19. The inhabitants of London and the south-east of the country are therefore forced to give up their Christmas reunion. In the rest of England, families will only be able to see each other on December 25.

In Wales, the authorities are already anticipating an epidemic rebound by reimposing containment. Initially scheduled for December 28, the reconfinement was brought forward to December 19 until mid-January. Scotland has also announced a lockdown that will come into effect on December 26, the day after Christmas, the only day families can see each other. School holidays are extended until January 11. Northern Ireland is also going to reconfine itself just after Christmas, on the same date.

No containment or curfew in Sweden, but the country has changed its strategy by recommending for the first time since the start of the epidemic the wearing of masks on public transport.

In Switzerland, bars, restaurants, sports and cultural facilities were closed on Tuesday, December 22 until January 22 in 21 of the 26 cantons. In Geneva, for example, bars and restaurants remain open, but only until 11 p.m.