How does the buy-back sale work? 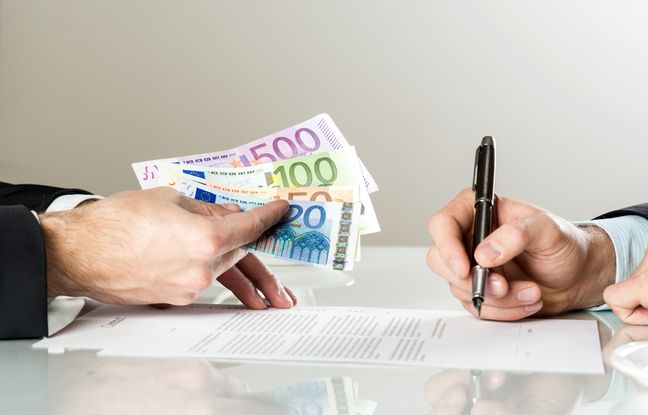 If consumer credit is the most common operation to compensate for a lack of funds, it is not suitable for all budgets or all situations. More confidential, the sale with the option of redemption can then be a solution under certain very specific conditions.

It is the Civil Code which sets the legal framework in this area. Rather than obtaining the necessary money thanks to a loan, it is a question here of selling a good of value through a specific contract granting you the option to buy it back later at the same price, but increased by certain custody costs. and management, within a fixed period limited by law to five years. This is what was formerly called the “repurchase sale”, before the legislator removed the expression in 2009 to prefer that of “sale with the option of redemption”.

At first glance, this practice is quite similar to the pawnshop, which involves putting your jewelry, paintings or watches as collateral. The purpose is also the same, since in both cases it is a question of obtaining funds quickly thanks to his possessions. Likewise, beyond the time limit (generally two years for the pawnshop), the goods concerned will be sold to third parties. However, the legal status of these transactions is completely different, since in France, the pawnshop service is a monopoly of the Crédit Municipal (the former Mont-de-Piété), while the sale with the option of redemption falls under a private commercial contract.

Very marginal in France, this conditional sale is offered by a handful of intermediaries specializing in two distinct types of markets: cars and real estate. It is therefore, depending on the case, to obtain a few thousand or several hundred thousand euros. Therefore, this type of operation is necessarily aimed at a niche audience. The sale with the option of real estate repurchase (carried out before a notary, as for a classic sale) can allow an owner who has suffered big hardships to get out of a situation of over-indebtedness by obtaining, for example, the lifting of a banking ban to bounce back . This is a good way to restructure your debts and avoid foreclosure.

Automobile repurchase sales, for its part, can give a boost at a crucial time. “This formula targets in particular small entrepreneurs who face a temporary difficulty resulting from unpaid debts”, explains Cédric Domeniconi, president of Fineocar, one of the few companies to operate on the French market by buying cars worth more than 7,000 euros. . And the Swiss leader (the company offers its services in both countries) continued: “We also help people who are embarking on a project and who need a cash advance while awaiting the validation of their bank loan, or those in need of cash between two real estate transactions. “

This ability to redeem one’s possessions after a return to better fortune comes at a price, however. In the case of real estate, it is indeed necessary to be able to reimburse the initial price of the sale, but also the costs incurred as part of the transaction. This is the reason why the operation generally takes place over several years, the time of a refloating. On the other hand, the repurchase option is limited to three renewable months for vehicles acquired by Fineocar, since it is a question of responding to a temporary shortage of cash. This does not prevent the addition of support, parking and insurance costs in addition to the price of the vehicle.

For example, for an Audi A6 estimated at 14,567 euros (cars are bought between 50 and 70% of their value), the motorist will receive 13,000 euros during the deposit (1,567 euros of costs are directly deducted) and will have to pay 15,340 euros to recover it after three months. Each contract extension will increase the bill.