How to avoid the congestion of the future Franco-British border? 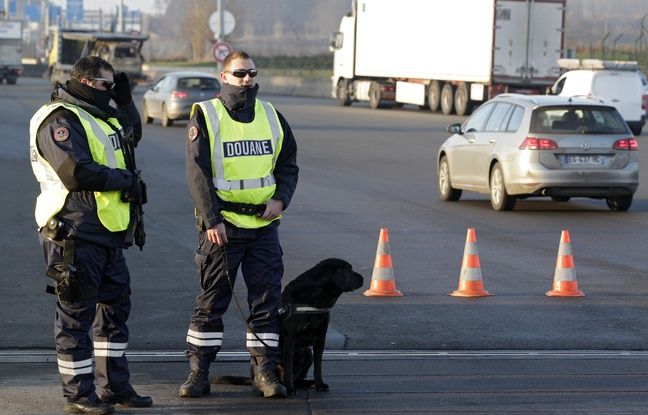 It has to roll. At 12:01 am on January 1, Great Britain will officially no longer be a member of the European Union (EU). If negotiations on certain Brexit points will continue beyond this date, in particular on fishing, other consequences will come into force immediately. This is the case with the re-establishment of border controls. As such, Hauts-de-France are particularly concerned since 70% of trade between England and the EU is managed in the region.

There are three main crossing points between Great Britain and the EU via Hauts-de-France: Calais, Boulogne-sur-Mer and Dunkirk. Between the ports and the tunnel, no less than eight million vehicles and 22 million passengers cross the border each year, this Monday morning recalled the prefect of the North, Michel Lalande. In normal times, it has happened that things get stuck for various reasons: snowfall, social movements. We therefore cannot imagine a return to customs controls in the pre-Schengen manner with such a flow. And yet, it will be necessary to verify what comes in, whether for fiscal (taxes), security or veterinary matters.

Thus, the preferred word of the authorities, this Monday, was “fluidity”. “This is the first time that we re-establish a border. The infrastructures have all been designed for the free movement of goods and people, but we must prevent the return of controls from creating traffic jams as we have seen in recent weeks, ”explains the prefect of the North. Hence the work carried out over the past three years to design a “smart border”.

The idea is to automate and digitize procedures as much as possible. “The trucks will only be stopped when necessary. The controls will be carried out on the basis of a non-systematic targeted risk analysis ”, specifies Jean-Michel Thilliez, interregional director of customs. Concretely, there will be two routes for vehicles arriving in France: a green and an orange. For the first, without physical control, it will be necessary to have carried out the formalities correctly and not to be in the crosshairs. Transporters who have not done the upstream formalities but also potentially those transporting goods that could be of interest to customs or veterinary services will take the orange route.

In theory, the human and technological resources put in place should allow everything to work. In practice, it is not that simple. “The smart border will only be effective if our customers anticipate their trips by completing customs formalities upstream,” insists Benoît Rocher, deputy general manager of the port of Boulogne-Calais.

Admittedly, the authorities have communicated widely on the new rules which will come into force on January 1, in particular with transport unions, companies used to cross-Channel travel, but also abroad. Except that with the coronavirus crisis, many VSEs and SMEs have put Brexit aside a bit. “The next six months will be decisive, especially for small and medium-sized enterprises,” recognizes Philippe Hourdain, president of the Hauts-de-France Chamber of Commerce and Industry.