How will the postponement of Black Friday go? 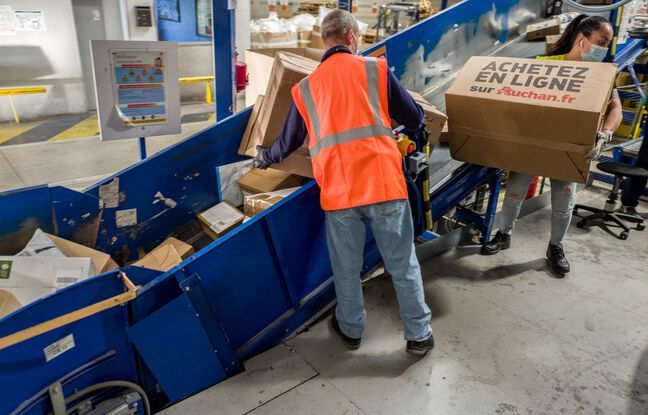 This Thursday, Amazon France and other brands agreed to postpone its Black Friday for a week, going from November 27 to December 4, as requested by Bruno Le Maire. “Today, like other large French distributors and taking into account the recommendation of the government, we have decided to postpone Black Friday if this allows businesses to reopen before December 1”, explains the general manager of Amazon France, Frédéric Duval.

In fact, this report raises many questions about the logistics to come and the real consequences of this action. 20 Minutes takes stock of the challenges and possibilities offered by this week of delay.

Are the other brands going to play along?

Probably, according to Yves Marin of Cabinet Wavestone, expert in mass distribution and consumption. The brands are subject to two major issues, trade obviously, but also image, recalls the expert, according to whom the risk of passing for irresponsible and non-citizen agents is far too great for other French distributors to maintain. their own promotional offers on November 27. All the more so since Amazon shows the example: “There is a fear of being ostracized, of being the only brand that has gone against the grain and that has ruined everything in what is seen as solidarity with small shops ”, supports Yves Marin.

How to organize this postponement?

This solidarity will nevertheless turn into a logistical puzzle. A very simple example chosen by the expert, the paper prospectuses, “ready to be routed and distributed, where the date of November 27 has been printed in particular”. Still on the practical side, the open stores will have to move the staff reinforcements planned for this day of massive crowds. Even the number of law enforcement agencies is increased during Black Friday, again to manage the flow of people, requiring adjustments because of this postponement.

Beyond the face-to-face, the entire communication campaign needs to be redone, “especially for brands that had already started a pre-Black Friday like Conforama”, takes Yves Marin as an example, notably with pre-sales and offers promotional started. “We will then have to delay and stretch these offers and this pre-campaign by an additional week, which will not be without consequences. “

Last element, and not the least, the workforce of transport and the Post office, on the front to deliver everything after the 27th, and which again sees the transport peak shift by a week.

Should we fear postponement of purchases on foreign sites that maintain Black Friday on November 27?

As we recall, the postponement of Black Friday only applies to France and all the major brands established in other countries will do so on November 27. To the point that the French are throwing themselves on foreign purchases? Few risks, according to Yves Marin. Less out of patriotic solidarity than out of habit and product compatibility. Any electrical device sold on Amazon UK for example will not have a charger compatible with French sockets. Added to this are the delivery costs, often much more expensive as soon as you leave the national territory.

And above all, the pleasure of comparing prices between different distributors. Buying a product on the German Amazon from November 27 also means not being able to judge its price with the same product at Conforama or Darty. “One of the big challenges of Black Friday is to compare all the offers in order to get the real deal,” says Yves Marin. By buying elsewhere from the 27th, we take the risk of realizing that there was a better offer in France on December 4th. “

How will it be for consumers?

For Yves Marin, this postponement risks disturbing a large part of buyers, for whom Black Friday “remains an event even more planned and prepared in advance than the sales”. As some comparisons and purchases have been scheduled for weeks or even months, this postponement also entails a logistical complication for the consumer, especially in this particular vagueness: “Impossible to know which store will be open or closed on December 4, so what we are going to do. be able to buy or not. “

Added to that is Christmas and what will or will not be possible to do there. Should we order the gifts at home for the joy of delivering them in person or will we all still be confined and is it better to send them directly to the person? What type of gift should you buy, depending on what you can do or not? So many uncertainties as list Yves Marin, who recalls: “Doubt is the worst thing for buying, and we can fear a very weak Black Friday. “

What consequence will this postponement have on the rest of consumption?

Black Friday is also the more or less official launch of the overconsumption of the end of the year holidays, which is mainly concentrated until Christmas and then stretches a little until the New Year. postponing by one week, “we reduce this period of intense economic activity by one week, since it does not begin until December 4”. That is three weeks before Christmas, which also risks causing some complications.

With the view that the French would still consume as much, but in three weeks instead of four, “this will generate enormous tensions in the stores, especially during periods of compulsory distancing, with intense flows of people to be managed and control ”. And beyond the face-to-face, the same problem arises for parcel deliveries, massively concentrated over three weeks while deliveries over four weeks are already a pressure for all sales and transport departments. “We are facing major logistical problems,” concludes Yves Marin.