Huawei plans to open chip factory without US tech 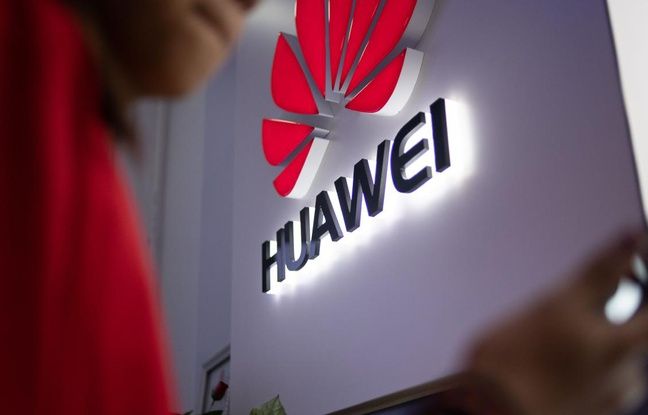 More than a year and a half after the first sanctions against it, Huawei sees its mobile activity seriously threatened. The manufacturer can no longer source electronic chips using American technologies.

According to the Financial Times, Huawei is seriously working on building a factory dedicated to manufacturing chips. Based in Shanghai, it would be managed by Shanghai IC, a chip research company.

In order to circumvent US sanctions, the plant will have to develop its own technology and start its manufacturing process from scratch. Thus, the first chips will be engraved in 45nm, an engraving fineness dating from 15 years ago. Currently, processors, such as Apple’s A14 Bionic or Hisilicon’s Kirin 9000 (equipping the Huawei Mate 40 Pro), are engraved in 5nm. By the end of next year, Huawei hopes to produce 28nm chips.

The survival of the company ensured by this factory

In 2022, the plant will be able to supply the Chinese manufacturer with 22nm chips. The latter will equip the various 5G telecommunications equipment and will allow Huawei to continue its telecoms activities, the most important branch of the group. Thanks to the factory, the long-term survival of the company will be ensured with a guaranteed supply of chips.

Unfortunately, the factory in Shanghai won’t help Huawei relaunch itself in the smartphone world. It is hard to imagine the manufacturer equipping its future flagships with chips less powerful than those currently on the market.

In the spring of 2019, the Trump administration accused Huawei of collaborating with the Chinese government. The Trump administration had implemented sanctions against the Chinese manufacturer, considered a threat to the internal security of the United States. These sanctions prohibit any US company from doing business with Huawei. Facebook and Google were in the crosshairs, but strangely not Microsoft. The manufacturer’s smartphones have been deprived of Android and the Play Store.

Subsequently, in August 2020, the United States introduced new restrictions: any company using American technologies could no longer work with Huawei. As a result, Samsung, Sony and even Hisilicon (the Huawei subsidiary that designs the Kirin processors) were unable to deliver the Chinese manufacturer with components for its smartphones, 4G / 5G antennas and computers.

In recent months, the United States has allowed more and more companies to collaborate with the Chinese giant. Recently, Samsung Display and Sony obtained a license. The Korean can therefore once again provide Huawei with an OLED screen. While the Japanese will supply the Chinese with CMOS sensors. For the Japanese group, obtaining the license is excellent news. With the inability to supply Huawei with photo sensors, Sony was losing one of its major customers. Despite everything, the group expects a drop of 38% of its profits for the year 2020. During the presentation of the results, Hiroki Totoki, CFO of Sony, declared that the market will not return to full activity until 2023.

“We expect it will take a long time for other customers to follow the trend of more functional and larger smartphone cameras that the Chinese customer was leading. We therefore expect that the recovery in profitability on these products will not begin until March 2023, ”explains Hiroki Totoki, Sony’s CFO.

According to Financial Times, the U.S. Department of Commerce has told companies wishing to work with Huawei that permissions will be trickled down but it becomes possible to get one. “If Huawei’s supply licenses are managed with a denial purpose, it can be overcome if you can demonstrate that your technology does not support 5G,” the Commerce Department said.

As the noose loosens, Huawei’s situation remains delicate. During the third quarter of 2020, Huawei mobile sales collapsed: -22.6% compared to 2019. The pressure on the mobile sector is still very strong. Huawei can no longer source its processor from Hisilicon (Kirin processors use the ARM architecture, an American technology). According to industry experts, the Chinese have a stock of 10 million Kirin 9000, the new SOC equipping the Mate 40 Pro and the future P50 / P50 Pro. This is a particularly low stock. For comparison, 85 days were enough to sell 10 million P30s after it was put on the market. Currently, Huawei has not found any foundry that can supply it with processors.

Even if authorizations are multiplying, the activity of the mobile branch is still not assured and the future of the group in this sector remains more than uncertain. As for seeing Google obtain a license, that is still unthinkable. Especially since Huawei seems determined to use its own operating system on all of its products, Harmony OS.