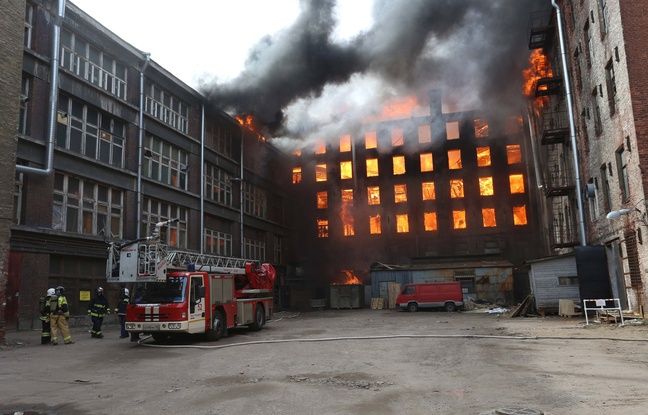 A gigantic fire devastated a historic factory in St. Petersburg, Russia on Monday. Huge flames and thick black smoke rose above this iconic building of the former Russian imperial capital.

“According to preliminary data, one person has died, two have been hospitalized,” the Russian Ministry of Emergency Situations told AFP, while the fire continues to spread and ravages several floors of the “Nevsky factory. », A vast red brick complex, part of which is still an industrial site.

Earlier, the ministry had told AFP that two firefighters had been injured and burned on half of the body and that contact had been lost with a third. According to the same source, 40 people were evacuated.

More than 4,000 square meters are burning, said a source of the rescue services quoted by Russian news agencies. Fontanka.ru, a local news website, released impressive drone footage over the factory, showing several buildings completely devastated by flames that were visible from the historic city center.

Built by an English industrialist in the 19th century, the “Nevski factory” was for a long time one of the largest textile factories in Russia and the USSR. Part of the complex is still dedicated to this activity, the rest being either abandoned or rented out as commercial premises. The factory, located in the southeast of St. Petersburg, is on the list of historical monuments in the region.