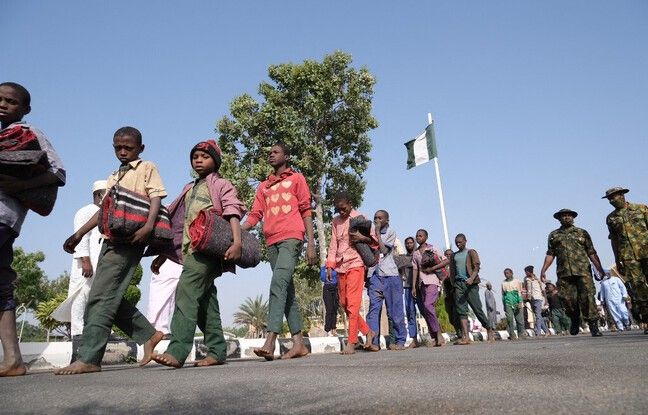 Armed men invaded a boarding school in Niger state in northern Nigeria on Tuesday evening, where they kidnapped “hundreds of students” and several teachers, a local official and a security source said. This massive kidnapping comes two months after the kidnapping of 344 adolescents from a boarding school in the neighboring state of Katsina by criminal groups. After negotiations with the authorities, the students were released a week later.

On Tuesday evening, “bandits entered the government college in Kagara and abducted hundreds of students and their teachers,” said a local official in the area, who asked to remain anonymous. These “very many” armed men, dressed in military uniforms, then took the students into the forest, according to this source. “One of the staff and some students managed to escape. Staff confirmed that a student was shot “in the attack, the official added.

An establishment of 1,000 students

This secondary school has about 1,000 students, but we do not yet know the exact number of teenagers kidnapped. “A count is underway to establish the exact number of kidnapped students. We hope that everyone who fled the school will come back for the count, ”said a security source. Soldiers with air support were looking for kidnappers and hostages, with a view to a possible rescue operation, the source said.

For nearly ten years, north-west and central Nigeria have been plagued by violence from criminal groups known locally as “bandits”, which have increased kidnappings for ransom and thefts of livestock. These criminal gangs are motivated by greed, but some have forged strong links with jihadist groups present in the northeast. In particular those who had kidnapped last December 344 students in a boarding school in the city of Kankara, in the state of Katsina.

These armed groups acted on behalf of the jihadist group Boko Haram, which claimed responsibility for the kidnapping in a video, but whose stronghold is hundreds of kilometers away, in northeastern Nigeria. This kidnapping had caused a worldwide stir, and revived the memory of the kidnapping by Boko Haram of more than 200 young girls in Chibok, in the northeast, in 2014. The teenagers of Kankara had been released after a week of captivity in the continuation of negotiations between these gangs and the governments of Katsina and Zamfara. On February 9, the person responsible for the kidnapping, an armed group leader called Awwalun Daudawa, surrendered to the authorities in exchange for an amnesty agreement.