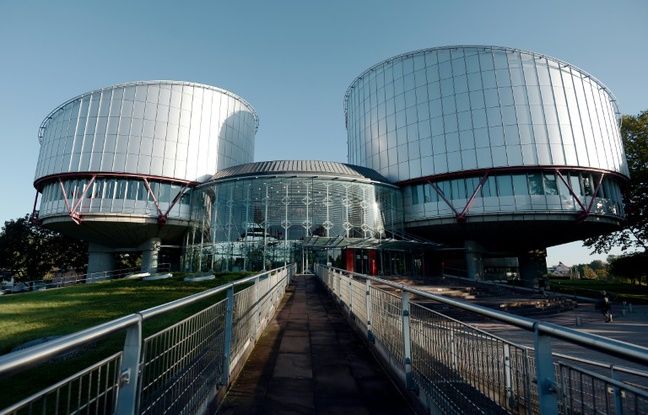 The European Court of Human Rights on Tuesday condemned Hungary for several violations of the rights of a family of asylum seekers in 2017, and in particular the deprivation of food to which the father was subjected for four months.

After making a request for asylum, the family, comprising three children, were placed in a transit area, first in a 13 square meter container, then in isolation in another container when some tested positive. to hepatitis B. The father, due to the fact that he applied for asylum for the third time, “was not entitled to be provided with food by the authorities”, under Hungarian law , recalls the Court in a press release. He ate in particular from the remains he found in the trash cans.

The Court emphasizes that, “not being able to leave the area”, he “was totally dependent on the Hungarian authorities”. The judges ruled that the father “did not have adequate access to food”. “The authorities did not sufficiently appreciate the situation before depriving him of food”, they argued, concluding unanimously that there had been a violation of Article 3 of the European Convention on Human Rights prohibiting “inhuman treatment or degrading ”.

Taking into account “the young age of the children” (aged seven months, six years and seven years) and the state of health of the pregnant mother, the Court ruled that they were also the subject of treatment. inhuman or degrading during their stay.

Lack of care and violation of liberty

She points to “the heat and the lack of ventilation in the accommodation”, observes that the beds “were not suitable for children”, notes “the lack of adequate medical and psychiatric care”, or “the presence of male agents during gynecological examinations ”.

By a majority, the judges also condemned a violation of the “right to liberty and security”, considering that “there was no strictly defined legal basis” authorizing the detention of this family.

They denounced “the absence of legal provisions” fixing a maximum duration of stay in the transit zone, the “excessive duration of this stay” and the “considerable delays” in the examination of the asylum requests of the persons concerned. The Court therefore ordered Hungary to pay 4,500 euros to each of the children and 6,500 euros to each of the parents, for “non-pecuniary damage”.