In Brazil, the majority of intensive care patients are under 40 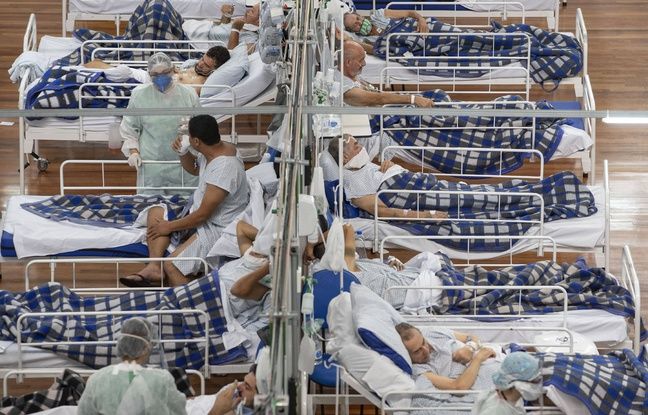 One more sign that the coronavirus epidemic in Brazil has grown totally out of control. This Sunday, the coordinator of a study from the Brazilian Association of Intensive Care revealed that the majority of Brazilians suffering from Covid-19 in intensive care are now under 40 years old. They are more than 11,000 in hospitals, or 52.2% in March, specifies Dr. Ederlon Rezende.

They were only 14.6% at the start of the pandemic a year ago, then 45% between September and February, according to the same study. “This population previously only contracted a milder form of the disease and did not need intensive care,” explained Dr Rezende. “Such an increase for this age group is very significant. “

The study sees several reasons for this figure. People over 80 – who now constitute only 7.8% of people in intensive care suffering from Covid-19 – are now mostly vaccinated. In addition, the youngest are more exposed, either because they have to work, or because they believe they are less vulnerable, according to the AMIB study. Finally, the Brazilian variant of the virus, named P1, is according to experts the main cause of the spectacular increase in the number of deaths in March.

“Younger patients, without having had other illnesses, have more serious cases upon arrival at intensive care,” said Dr Rezende. The number of patients with Covid-19 who end up in intensive care without having had other diseases reached in March almost a third of the total (30.3%), according to the study, while the number of patients with Covid-19 in intensive care reached the record percentage of 58.1%. Brazil recorded 66,500 deaths from Covid-19 in March, more than double the previous record of July 2020.