In Bruges, 120 swans withdrawn from the canals to be confined 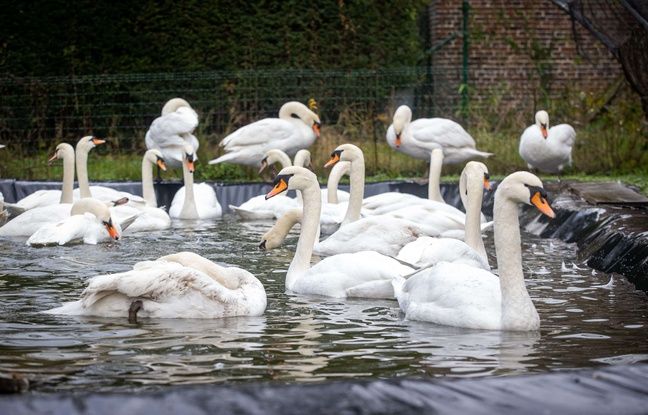 In Belgium, 120 swans moving through the canals of the city of Bruges have been sheltered to avoid any risk of contamination by avian flu. The first cases of the epizootic have recently been detected in the country.

The operation, orchestrated by municipal services, ended on Thursday. The swans, which are the property of the city, were taken to a refuge to be confined. “It is not easy to catch them, but we must protect them from the passage of migratory birds, it is an obligation of the federal government”, explained the mayor (mayor), Dirk De fauw.

An outbreak identified on November 13

To facilitate their capture, the swans were deprived of food. At the end of five days, seeds were brought to them, a way of setting a “trap” for them, underlined the municipal services. Concentrated on their food, the animals were thus easier prey to catch them and then transport them by truck to the refuge.

This operation took place after an outbreak of bird flu was identified on November 13 at a bird sanctuary in Ostend, not far from Bruges. The Belgian government then imposed on the owners of birds (poultry and birds) the confinement of their animals. Individuals are also concerned.