In Greece, reopening of cafes and restaurants after six months of closure 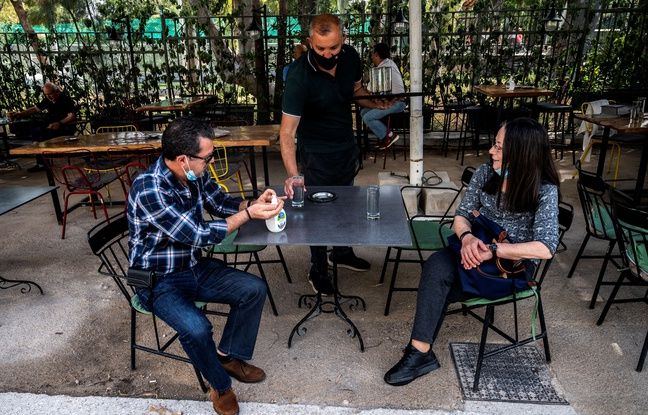 After six months of closure, cafes and restaurants across Greece reopened their terraces on Monday in summer temperatures.

On the square of the upscale Kolonaki district in Athens, the terraces filled up with customers on this bank holiday Monday, following the Orthodox Easter.

“Today, I have the impression of living again, of being resuscitated! “

Sitting at a table in the “Da Capo” cafe, Andreas Riminiotis is delighted to resume “his habits” and “a normal life”.

“Before the cafes closed in November, I used to come here every morning for my coffee, to chat with my friends. It was my favorite pastime, my remedy for all my worries! », Explains the retiree who received the two doses of the Pfizer vaccine a few weeks ago. “Today, I have the impression of living again, of being resuscitated! He jokes, referring to the Orthodox Easter, celebrated in Greece this weekend.

The catering sector hard hit by the health crisis

For Yannis Karagiannakis, waiter, it is also a relief to return to work. “I had stopped for six months, I was going in circles, I was depressed …”, he admits.

At least 330,000 people work in the restaurant industry. According to the president of the restaurant owners’ union, Yorgos Kavvathas, dozens of restaurants, bars and cafes have already gone out of business in central Athens and Thessaloniki. Six out of ten establishments are threatened with closure.

“20% of establishments do not have terraces”, according to Yorgos Kavvathas who are worried about their survival.

Self-tests for employees and strict measures

The terraces will be reopened on Monday with strict measures: employees will have to carry out self-tests once a week and wear masks. A maximum of six people at the table are allowed and establishments are scheduled to close at 11 p.m. to comply with the curfew still in force.

Greece plans to spend € 11.6 billion this year to offset the effects of the pandemic, after € 24 billion last year. The Greek government is betting above all on the revival of tourism, from May 15, to restart the economy. More than a quarter of his income depends on this sector.

“We have new allies: vaccination, self-tests and also the hot weather which makes us hope that this unprecedented adventure will soon be over,” Prime Minister Kyriakos Mitsotakis assured a few days ago. The Greek government has stepped up its vaccination campaign in recent days, including allowing people in their thirties to be vaccinated. More than 3 million vaccinations have been performed.

Greece has some 345,000 cases of coronavirus and deplores more than 10,400 deaths for a population of 10.8 million inhabitants.