In order to secure electricity production, RTE does not want reactors to be closed before 2026 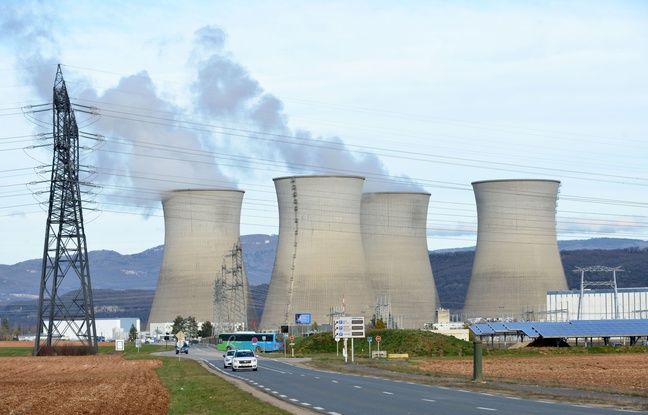 A little respite for nuclear power plants? According to the reference document on the subject, called “multiannual energy programming” (PPE) and updated last year, 14 reactors were to close before 2035 in France. The movement started with Fessenheim (Haut-Rhin), stopped in June 2020. And two other reactors could have known the same fate in 2025-2026, with an “early closure”. But this Wednesday, RTE, the manager of the French electricity network, suggests that the timing could be too tight.

In his report on the outlook for the next ten years, he indicates that “the activation of this option [de fermeture] is subject to certain criteria, which relate in particular to security of supply in France and Europe and to economic interest. The decision should be taken in 2023, on the basis of a report submitted in 2022. To date, RTE believes that the aforementioned conditions will be very difficult to meet ”.

Why is that ? First, several concerns weigh on the short-term availability of nuclear power plants, and therefore on the capacity to ensure sufficient electricity production. By 2025, no less than 21 reactors (out of the 56 in service) will have to pass their ten-yearly outage. This inspection, which requires the complete shutdown of the reactor, is crucial to enable them to continue their activity. However, underlines RTE, some maintenance operations may last longer than expected: in 2020, the Bugey 2 reactor (Ain) was thus stopped for more than a year, instead of six months in the departure schedule.

In the event of a multiplication of delays in restarting reactors, electricity production could be significantly reduced, leading to tension on the network in the event of high demand, for example during winter episodes. “We risk finding ourselves in a situation where it will be necessary to make a trade-off between the security of electricity supply [qui suppose de laisser les centrales ouvertes] and nuclear safety [qui suppose de les arrêter]. This is not acceptable, ”denounces Yves Marignac, nuclear expert and member of the negaWatt institute, which pleads for energy sobriety. According to him, we must act on electricity consumption in order to avoid such a dilemma.

To partially compensate for these scheduled interruptions, France should rely on the commissioning of the EPR at Flamanville (Manche). But here again, RTE is playing the card of caution given the many delays in this project, the completion of which was originally scheduled for… 2012. “The uncertainties about the Flamanville EPR concern both the implementation schedule of service than its level of availability during the first years, ”says the report. Its commissioning at full power is now expected in the spring of 2025, if all goes as planned. “RTE does not trust EDF, notes Roger Spautz, Nuclear Officer at Greenpeace, since the latter plans to commission the EPR in 2023”.

To ensure sufficient electricity production in the event of a further postponement, RTE therefore considers that it would be wise not to close a reactor prematurely. “In a scenario cumulating delays and reduced availability of nuclear power plants, France would meet the regulatory criterion [le minimum de production demandé], but without margin ”, warns the network manager. Worse, “the accumulation of unfavorable configurations cannot be ruled out, and it would lead to a production capacity deficit by this time. [2025] “. This scenario, described as “degraded”, could materialize in particular if large renewable energy projects, such as offshore wind farms, were delayed.

“France is clearly behind in the development of renewable energies, regrets Roger Spautz. It is a matter of political will. Behind the announcements, the implementation does not always follow ”. “I hope that RTE’s analysis will wake up the government and make it aware that maintaining an increasingly unreliable nuclear power exposes our electricity system to ever greater risks, with ever higher costs. », Concludes Yves Marignac.