In the midst of “marathon fever”, the country wonders after the tragedy of the race to the 21 dead 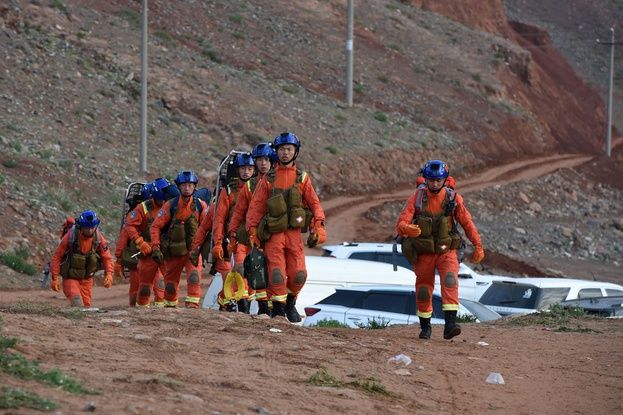 An investigation is underway in China on the conditions of organization of the 100 km race which took place on Saturday in the Stone Forest of the Yellow River, near the town of Baiyin, in the province of Gansu, in the north. west of the country. 21 athletes have died, as organizers ignored weather alerts and delayed canceling the event.

Run at high altitude, it was marked by the sudden onset of hail, freezing rains, strong winds and largely negative temperatures, trapping 172 participants. Among those who died were elite runners, local media reported. One of them, Liang Jing, had won several ultramarathons in recent years. Huang Guanjun, who was deaf and mute, was the winner of the men’s marathon for the hearing impaired at the 2019 National Paralympic Games.

Provincial authorities dispatched a team to the scene to investigate the causes of the disaster. The Gansu Meteorological Office had warned Friday, the day before the race, of “heavy downpours, hail, lightning and sudden high winds.” The director of the Jingtai County Meteorological Bureau said he shared a special bulletin with a “strong wind blue alert” for the race, according to the New China News Agency. Temperatures have dropped to -24 degrees, according to information from the local press.

“My lungs were frozen and I felt like I was no longer in control of my body… I wrapped up in a survival blanket, took out my GPS tracker and pressed the SOS before losing consciousness,” one participant testified on the Weibo social network. He said he regained consciousness in a cave, where a shepherd had installed him near a fire.

Running in full swing in the country

The General Sports Administration has asked the country’s sports authorities to improve safety in races, after an emergency meeting on Sunday.

Online, the disaster has caused mourning and incomprehension among Internet users. In recent years, the authorities have strongly encouraged the population to practice sport, making running a very popular discipline among the middle class. No less than 1,900 running races were held in 2019, according to the Chinese Athletic Association, which claims that the number of marathons organized between 2014 and 2018 has increased 40-fold.

This is not the first time that the practice of running has made the news in China for extra-sporting reasons. “Marathon fever,” as the Chinese media refer to the phenomenon, has attracted a number of unprepared participants, who compete in ingenuity to achieve the best times. In addition to the need to stay in shape, the race for a diploma or a career prompts some to resort to all means to include a good sports performance on their CV.

In 2018, the traffic cameras of the city of Shenzhen (south) had spotted 258 runners who had cheated, taking shortcuts during a half-marathon. In 2019, a participant rode part of the Xuzhou (east) marathon on a self-service rental bike. Faced with this unspeakable behavior, the authorities are now using facial recognition to flush out fraudsters and have tightened their penalties. In 2019, three Chinese runners were suspended for life for having tricked the prestigious Boston Marathon (United States).