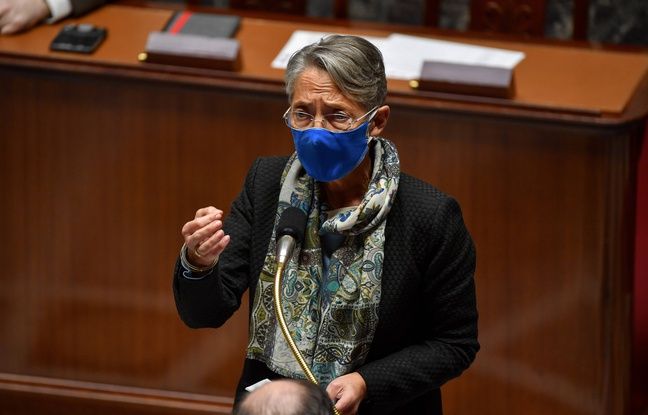 The executive has cut his cards. On Tuesday, he presented to the social partners (unions and employers’ representatives) his arbitrations on the very controversial reform of unemployment insurance. Launched by the previous Minister of Labor, Muriel Pénicaud, it had been partly suspended due to the coronavirus crisis, then partially rebutted by the Council of State at the end of 2020.

After these ups and downs, the government therefore revised its plan and timetable. First announced for April, the reform must now apply on July 1. However, some measures will not come into force until a few months later, provided the economy recovers, and even in 2022 for the later ones. We explain all that to you.

The basis for calculating allowances, the famous daily reference wage (SJR), will be reviewed. The government retained the provision most criticized by the unions, namely the inclusion of periods of inactivity in the calculation (previously, only days actually worked were counted). The only novelty: these days of inactivity cannot represent more than 43% of the period studied.

According to an example given by the Ministry of Labor on Tuesday, an employee who would have worked for eight months over the reference period (two years), paid at the minimum wage, would thus be entitled to an unemployment benefit of 667 euros for 14 months, against 985 euros for 8 months with the current formula. In other words, his monthly allowance will drop sharply, but he will be compensated for longer. If the executive praises the “balance” of the measure, Eric Courpotin (CFTC) strangles: “the fixed costs of the job seeker, such as rent, will not drop, they. So that will only increase his financial insecurity ”. Still according to the Ministry of Labor, more than 800,000 job seekers will see their monthly allowance drop with the reform.

Another planned change: job seekers under the age of 57, and whose last salary was more than 4,500 euros gross, will be able to see their allowance reduced – up to 30% – from July. This “degression” will start from the 9th month of unemployment.

What changes from October 2021 (at the earliest)

The second stage of the rocket is scheduled for fall. At that time, if the economic conditions are met, all job seekers will have to prove six months of activity (compared to four currently) to be entitled to benefits. And the degression mentioned above will start in the 7th month of unemployment.

These two measures will come into effect if and only if the economy has recovered. To find out, the government will take two indicators into account. First, the number of job seekers registered with Pôle Emploi in category A will have to decrease by 130,000 between April and September 2021. Then, the number of pre-employment declarations (DPEA), which list the signing of contracts ( CDD or CDI), must be between 2.4 and 2.7 million over a period of four consecutive months. If one of its two indicators does not reach the desired threshold in October, the measurements will be shifted until it turns green.

What changes in September 2022

The famous “bonus-malus” on short contracts will come into force at that time. As a reminder, companies which abuse fixed-term contracts compared to the average for their sector will have to pay additional contributions, while those which favor permanent contracts will be entitled to exemptions. In addition, the sectors most affected by the crisis, such as catering, will be exempted until 2024. But why does this system not start before?

In fact, the Ministry of Labor estimates that it takes a year of observation, from this summer, before implementing the measure, described as “ineptitude” by the Medef. “If companies do not want a penalty, they will have to pay attention this year to the way they will manage their jobs”, assures a relative of Elisabeth Borne, the Minister of Labor.

For the CFDT, it is above all the illustration that the government is placing the bulk of the effort on the unemployed: “how to talk about a” balanced “reform when the bonus-malus limited to a few sectors will not affect companies that in more than a year, when more than 830,000 job seekers will see their benefits reduced from July 2021? ” tweeted Laurent Berger, the n ° 1 of the union.

What can still change at any time

Globally opposed to the reform, the unions do not intend to stop there. According to our information, the CGT and Force Ouvrière could indeed soon seize the Council of State to try to cancel all or part of the reform. Last November, they had obtained a first victory with the cancellation of the new method of calculating the RLS mentioned previously, which had prompted the government to review its copy.

The unions have also found an unexpected ally in the person of Antoine Foucher. The former chief of staff of Muriel Pénicaud, who had built the reform, is now very critical of his timing. In an interview granted to the Ebra group on March 1, he does not hesitate to assert that “politically, resume a reform which was in my opinion necessary in the world before the Covid, but which would today be out of step with the country which is waiting for us to trace global perspectives according to Covid, that does not make sense ”.

In addition to the uncertainty surrounding the application of a reform straddling the presidential election next year, the unemployment insurance framework will in any case be discussed again in November 2022. The social partners and the new government will have to then agree on the new compensation rules. Suffice to say that in the event of alternation at the Elysee Palace, the reform could very well be hardened … Or quite simply buried before having been fully applied.