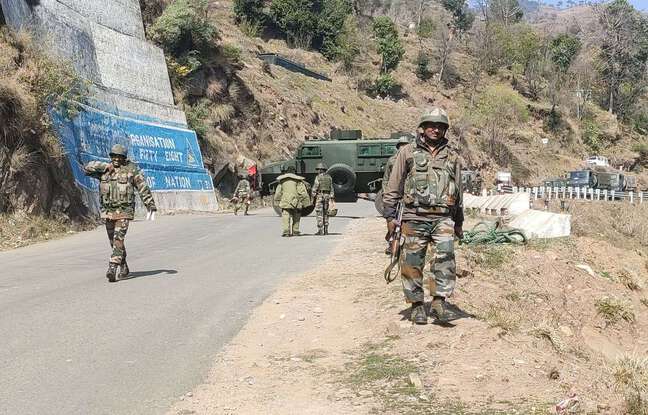 India announced on Sunday that its troops, along with those of China, had completed their “disengagement” from a disputed part of the border between the two countries in the Himalayas, after months of tension.

The last clash between Chinese and Indian soldiers in this area dates from June 2020 and killed both sides: 20 on the Indian side according to New Delhi and four Chinese side according to Beijing. This high-altitude incident, on the border of Tibet and the Indian region of Ladakh, was the most serious between the two Asian giants and nuclear powers since the 1962 blitzkrieg, which saw China easily win the day. ‘India.

The Line of Actual Control (LAC), the de facto border between India and China, is not clearly demarcated and the two countries have accused each other of having encroached on the territory of China. ‘other. Beijing and New Delhi had sent tens of thousands of additional troops and heavy weapons to the region following their clash in June.

However, the two countries concluded at the beginning of February, after nine negotiation sessions, an agreement of mutual “disengagement” of troops in one of the disputed sectors of the border. The Indian Ministry of Defense announced on Sunday, citing a joint statement with Beijing, that during the tenth negotiating session held on Saturday, “the two parties noted with satisfaction that the disengagement of their frontline troops in the Pangong Lake area had ended without a problem ”.

This is “an important step forward,” said the statement, adding that “the two parties agree to (..) continue their dialogue and communications, stabilize the situation on the ground and strive to resolve the remaining issues in a mutually acceptable manner ”. India and China share 3,500 km of border, other areas of which are the subject of litigation, particularly in Ladakh.