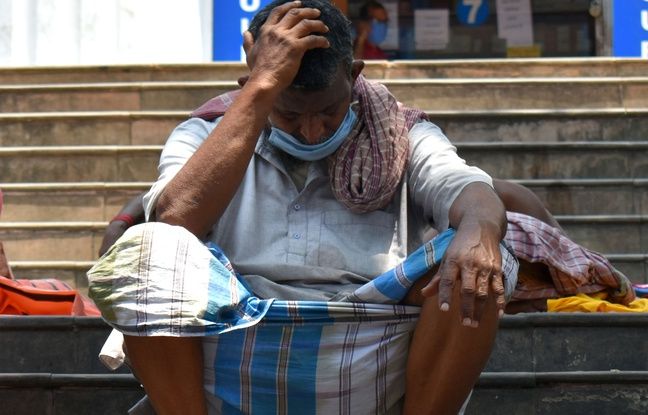 International cooperation to help India cope with a dramatic outbreak of the Covid-19 epidemic is taking shape and France is participating in it. Paris will send eight oxygen production units as well as oxygen containers and respirators to India, the French Foreign Ministry announced Monday evening.

The equipment, which will be transported by plane and boat from the end of the week, is intended “to respond to the emergency but also to significantly and sustainably strengthen the capacities of Indian hospitals”, noted the Quai d ‘ Orsay.

Ten years of autonomy for a hospital

The eight oxygen production units “each of them will be able to make an Indian hospital autonomous in oxygen for ten years” and in the immediate future “supply 15 Covid patients intubated in an intensive care unit” , specified the ministry. The liquefied oxygen containers, five of which will be transported “initially”, will supply up to 10,000 patients per day with medial oxygen. France will also deliver “specialized medical equipment containing in particular 28 respirators and their consumables as well as 200 electric syringe pumps”.

“This solidarity is at the heart of our strategic partnership and of the friendship between the French and Indian peoples,” noted French diplomacy. The operation is being carried out by the French Ministry of Foreign Affairs, with the support of a dozen French companies based in India, in a climate of European cooperation, the French presidency noted for its part.

The European Union has indeed promised to provide “assistance” to India through its European Civil Protection Mechanism. German Chancellor Angela Merkel also announced emergency aid. In addition, the United States announced for its part that they would “immediately” send components for the production of vaccines and medical equipment.