Inflation continues to accelerate in May to 1.4%, the target of 5% GDP growth maintained in 2021 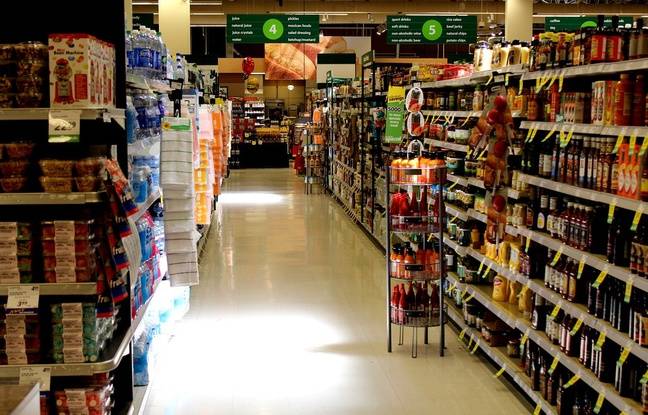 Still driven by an acceleration in energy prices, inflation continued to accelerate in France in May over one year, reaching 1.4% after 1.2% in April, according to provisional figures from INSEE published this Friday.

While food prices are falling, energy prices soar by 11.8% in May, said the National Institute of Statistics in a press release, the month of May having been marked by the reopening of shops from from 19.

In food, prices fell by 0.2%, the decline being even 3% for fresh products which had soared during the first containment of spring 2020. The prices of manufactured products are stable (0.0%) while that those of the services increase by 1%. Over one month, consumer prices would increase by 0.3% in May, according to this provisional estimate from INSEE, which specifies that “the health crisis of Covid-19 has affected the quality of data: the price records in physical points of sale were suspended from the end of March 2021 as the territories were confined ”and“ certain products were unavailable for purchase ”.

Due to an increase in demand, linked to the lifting of restrictions all over the world in favor of the advance of vaccination, oil prices are currently close to their annual peak. On Thursday, a barrel of Brent from the North Sea for July delivery was close to $ 70, while that of WTI ended Thursday at $ 66.85.

The government’s objective remains a GDP growth of 5% in 2021, for his part said the Minister of the Economy Bruno Le Maire, this Friday, after the sharp downward revision of this indicator in the first quarter by the Insee. Qualifying this reassessment of “mechanical revision (…) linked firstly to a less severe recession than expected in 2020”, Bruno Le Maire assured that “this does not change our ambition (…) to have 5% growth in 2021 ”. According to INSEE, the French gross domestic product (GDP) finally fell by 0.1% in the first quarter, a sharp revision of the previous estimate of growth of 0.4%.

INSEE also reviewed the extent of the recession in the French economy in 2020: GDP finally fell by 8%, against 8.2% previously estimated. This proves, according to Bruno Le Maire, that “we have well protected the French economy in 2020, thanks to all the measures that we have put in place (…) and we have in particular, I would like to insist on this, very well protected the purchasing power of households, since it increased by 0.4% in 2020 ”. While calling for “to keep your cool and constancy, not to give in to one figure or another, to an indicator or another that may fall over the days”, Bruno Le Maire assured that “the indicators are all well oriented ”currently.

“Investment is well oriented, business confidence has recovered a lot, household confidence is also gradually recovering, so we have everything to succeed in 2021,” he added. The Minister also reiterated “the strategic objective that I have set since the beginning of the crisis, to return in the first quarter of 2022 to the level of economic development that we had before the crisis in 2019.”

On the expenditure side, household consumption in France fell sharply in April, by 8.3% compared to March, under the effect of “the implementation of the third confinement”, also reported this Friday Insee. The drop is mainly attributable to purchases of manufactured goods, which collapsed by 18.9%, while spending on energy fell only 0.6% and food by 0.2%, detailed the ‘National Institute of Statistics. French household spending thus remained 9.5% below its level in the fourth quarter of 2019 in April, before the Covid-19 epidemic.

But the decline in consumption was much less severe than during the first two confinements: household spending had unscrewed by 31.4% in April 2020, consumption had been at half-mast by 13.6% in November. Due to the closure of clothing stores, spending on clothing / textiles halved (-50.2%) in April, while spending on other manufactured goods fell 13.6%.

Purchases of durable goods fell 11.3%, with a sharp decline in housing capital goods (-20.7%) such as furniture and household appliances. Finally, the sharp drop of 10% in fuel consumption linked to travel restrictions was “largely offset by an increase in gas and electricity consumption (+ 6.1%) due to the wave of cold in early April, ”said INSEE.