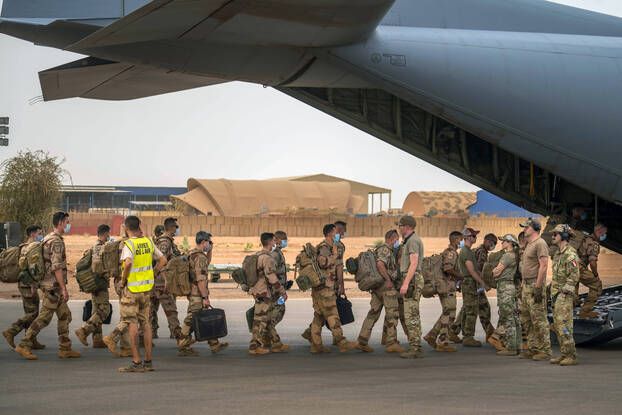 In the wake of Emmanuel Macron’s announcement to put an end to the Barkhane military operation in the Sahel, the La France rebellious parliamentary group called for a “parliamentary debate” on this subject on Thursday evening. The party criticizes the “vagueness of the president’s formulations and the haste which seems to guide him”, the group stressed in a press release that “it cannot oppose the principle of an overhaul of this operation. On condition that it moves towards a withdrawal of the French army ”.

He deplored the loss of life in the ranks of French soldiers and Malian civilians, as well as the cost of the operation, for an insufficient result according to him. “I am very worried about the stagnation in this region and above all, I continue to call for a parliamentary debate because, for the moment, the way in which the President of the Republic manages this type of intervention is completely without national debate ”, regretted Friday Clémentine Autain, Member of Parliament and head of the LFI list for regional in Ile-de-France.

Vote in the Senate on June 22

“Do we take stock of what was the use of being so present?” Did we really roll back the enemy we were trying to kill? How did the local populations take our intervention? All this must be put on the table, ”she listed on Public Senate. The government must make a declaration on military programming in the National Assembly on June 22, then in the Senate, which will be followed by a vote.

For Jean-Louis Bourlanges, Modem chairman of the Foreign Affairs Committee in the Assembly, “the conditions for effectiveness (of Barkhane) were no longer met”. But “we cannot lose weight on this southern border of Europe,” he noted. “We have to be, not in the place of Africans, which was a bit the logic in which we locked ourselves with Barkhane, but with Africans,” he commented on Cnews on Friday. “The president has indicated ways, we will now see how it takes shape,” he concluded.

Aurélien Taché, former LREM deputy and member of the National Defense committee, estimated Thursday on Twitter “if Operation Barkhane in Mali was built on good intentions, it is clear that this strategy of interference, like that of the USA in Afghanistan or that of Nicolas Sarkozy in Libya, has not paid off! “

After more than eight years of massive engagement, Emmanuel Macron announced Thursday a reduction in the French military presence in the Sahel, marked by the closure of bases and a re-articulation of the anti-jihadist fight around an “international alliance” associating Europeans. The president did not give any figures in terms of staff but spoke of a reduction in “rights of way”, that is to say the number of French bases in the region. Paris is currently deploying some 5,100 soldiers against jihadists affiliated with Daesh and Al-Qaeda, to support the weakened armies of the Sahel states which are struggling to fight them alone.