Investigation opened after the death of a baby, in the midst of a drug shortage 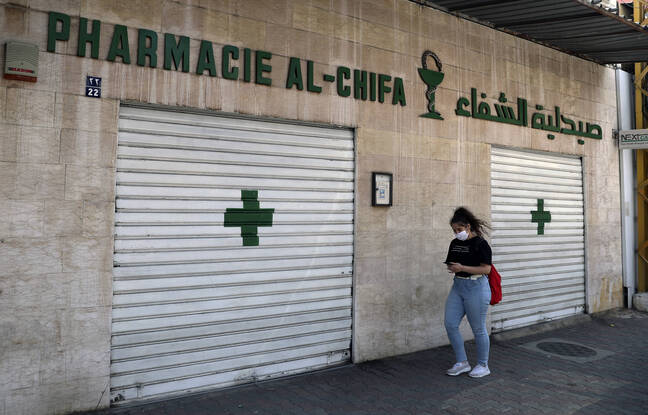 The Lebanese Minister of Health announced on Sunday the opening of an investigation after the death of an infant whose family says he did not have access to necessary care, a case that arouses anger in this country in the midst of collapse. Jouri al-Sayyid, 10 months old, died on Saturday in Mazboud, a village southeast of the capital Beirut, after three days of high fever and inflammation in the lung.

According to the baby’s uncle, Aymen al-Sayyid, her niece died “for lack of proper care and medication” at the hospital where her family had taken her. “Medicines were not available at the hospital so his father went to the pharmacy to buy some, but it was closed,” he said.

Many pharmacies have lowered their curtains since Friday to protest against drug shortages in the country which, according to the World Bank, is experiencing one of the worst economic crises in the world since 1850. “We live in a country where hospitals do not ‘have no drugs and where pharmacies are closed,’ sighs Aymen al-Sayyid.

Mazboud Hospital said in a statement that little Jouri had “received complete and appropriate treatment, including all necessary medication,” and that she died a few hours after being discharged from the hospital. The infant left the hospital without the doctors being consulted, said Dr. Kamal Mourad.

Soon to run out of “hundreds of drugs”

The Minister of Health, Hamad Hassan, promised this Sunday the opening of an investigation into the circumstances of this death, which aroused anger on social networks. Many Internet users see it as one of the many consequences of the collapse of the country, where shortages of fuel, electricity, medicines and other basic necessities are on the increase.

It is now virtually impossible to get hold of simple pain relievers or baby formula. An association of drug importers has been warning for weeks that Lebanon will soon run out of “hundreds of basic drugs for chronic diseases”. The pharmacists’ union decided this Sunday to interrupt its strike for two days to give the authorities a chance to find a solution.