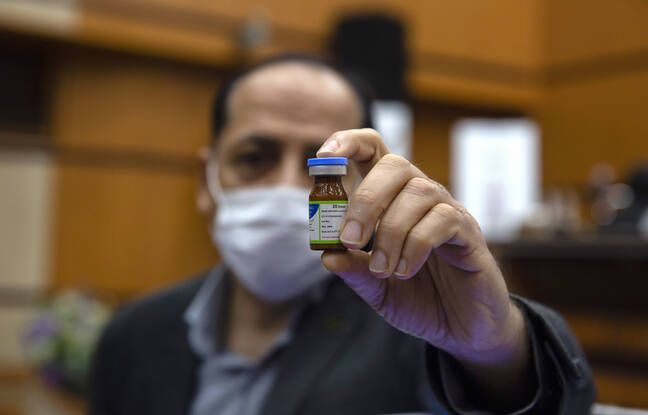 Tehran on Monday unveiled its second anti-coronavirus vaccine project developed in Iran, on the eve of the start of the vaccination campaign in this country most affected by the pandemic in the Near and Middle East.

“We will start the trials in the next few days or a week at the latest,” Massoud Soleimani, member of the Iranian national vaccine committee, said in a press conference. According to Massoud Soleimani, the “Razi Cov Pars” vaccine against the coronavirus was designed at the Razi Institute for Vaccine and Serum Research, linked to the Iranian Ministry of Agriculture.

At the start of the first phase of clinical trials, “13 volunteers aged 18 to 55” will receive an injection, he added. This declaration comes the day after the announcement by the Iranian Minister of Health, Saïd Namaki, that the vaccination campaign against Covid-19 with the Russian vaccine Sputnik V would start on Tuesday.

The first batches of the Russian vaccine arrived in Tehran on Thursday, and two more are expected by February 18 and 28, according to Iranian officials. The Islamic Republic has bought a total of “two million doses” of Russian vaccine, Kianouche Jahanpour, spokesperson for the Ministry of Health, said on Saturday.

“Health workers will be the first to receive the vaccine,” followed by the elderly and people with chronic diseases, according to the authorities.

In addition to the Sputnik V vaccine, Iran will receive from the Anglo-Swedish group AstraZeneca “in February 4.2 million doses of vaccine via Covax”, a device intended to provide vaccines to the most disadvantaged countries, according to the Minister of Health, Saïd Namaki.

The Covid-19 has killed more than 58,500 people out of more than 1.4 million people infected in Iran, according to the Ministry of Health. At the end of December, the Islamic Republic had started clinical trials of its first vaccine.

Share
Facebook
Twitter
Pinterest
WhatsApp
Previous articleChinese people deprived of New Years for the second year in a row
Next articleWith a salary of 4,000 euros per month, are we part of the middle class, as François Bayrou assures us?