Is it possible to impose an “exceptional tax” on Amazon, as some claim? 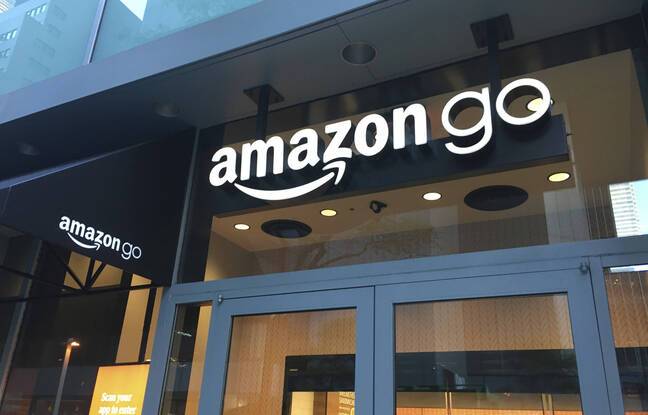 How to “stop” Amazon? This Monday Franceinfo publishes a column signed by 120 signatories, who call for action against the online sales platform. Unions, NGOs, elected officials, publishers, economists and even booksellers are particularly asking to impose more of the Web giant.

“To face the emergency, an exceptional tax on the turnover of Amazon and other profiteers of the crisis is essential. It would immediately finance measures to preserve employment and the solidarity fund for local businesses, ”we read in the forum. Let us imagine that in this very particular context of national effort, the government accedes to this request and decides to implement this “Amazon tax”. Feasible? No, because the American giant knows how to avoid this type of levy when it comes to its income tax. And above all because legally, it is impossible to explicitly cite the platform.

“In two clicks, we escape the law”

Amazon already pays taxes in France, but a large part is evaded thanks to completely legal tax packages. “Thanks to its subsidiaries abroad, Amazon sends millions of euros in profits up to its parent company in Luxembourg, through commissions, where it pays lower taxes. This is called fiscal dumping, ”explains Anthony Bem, a tax lawyer specializing in new technologies. However, it is currently not possible to tax profits made outside French territory. “In two clicks, we escape the law at the local level, and that’s the whole difficulty of the Internet”. Targeting Amazon via income taxes will therefore be quite “superficial”, according to the expert.

On the other hand, if the tax concerned turnover achieved in France, and not taxable income in France, the project could have more impact, according to Caroline Aupoix, tax lawyer. “The turnover is more territorial, it is possible to evaluate it thanks to the delivery addresses, for example”. It could then be a sort of French alternative to the Gafa tax, which is still stuck at the OECD level.

Cannot do “an Amazon tax”

However, constitutionally impossible to target Amazon only and explicitly with a tax. “There is a principle of equality before tax, which is a fundamental and founding principle of tax law, and from which one could not derogate by means of a law, explains Anthony Bem. Legally, there would be discrimination on taxation, which would allow Amazon to escape this tax if it challenged it. “

If it is therefore impossible to make “an Amazon tax”, a company can however inspire a tax which will concern only it. “We can make a tax for specific companies with a certain activity. Digital companies which are platforms for the delivery of goods and which achieve a turnover in France of more than X million or billion euros, give Caroline Aupoix as an example. It is as if we were introducing a wealth tax surcharge for all French people who have more than 50 billion euros in assets. In the end, it would only concern Bernard Arnaud. We do not have the right to make “a Bernard Arnaud tax”, but a tax with these criteria, yes. “

An amendment to the finance bill?

Question timing (we are still on the assumption that this tax was decided), if it was formulated soon in the form of an amendment in the finance law being examined at this very moment, it could be voted by the end of the year and applied from January 2021. In the same vein, the Senate is currently examining the proposal of Senator LR Jean-François Husson: “A tax on distance selling”. Its amendment targets companies “where more than 50% of turnover is linked to distance selling”, based “on fiscal years 2019 and 2020”, reports Public Senate.

Regarding this exceptional tax for Amazon, the decision would not be purely fiscal, but also political, and there is little chance that the platform will stand idly by without opposing it. Moreover, if it were to pass, there is nothing to ensure that this tax is final, because when they are “exceptional”, they are generally (and by definition) limited in time.