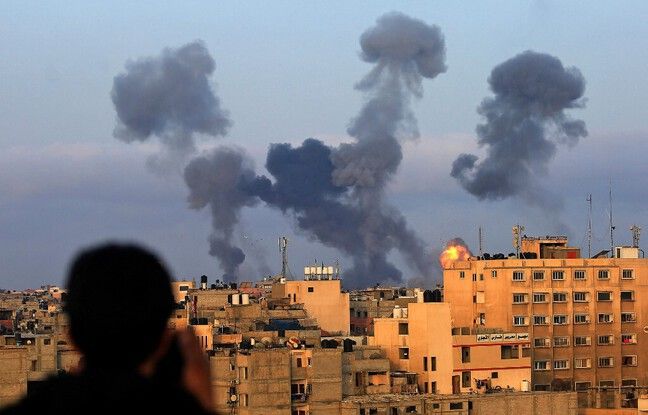 The second Palestinian armed group in the Gaza Strip, Islamic Jihad, announced on Tuesday the death of two of its commanders in Israeli strikes on the Palestinian enclave.

“Two commanders of the al-Quds brigade (armed wing of the movement) were killed and eight people injured, including a woman and two children, in the airstrikes on an apartment in the al-Rimal neighborhood” in Gaza, reported sources within Islamic Jihad.

In November 2019, the assassination by Israel of Baha Abu al-Ata – the group’s commander for the northern Gaza Strip and responsible for numerous attacks against the Jewish state – resulted in a barrage of rockets fired by the Jihad Islamic State and numerous Israeli strikes on the Palestinian enclave. According to sources within the Islamic Jihad, the Israeli strikes this morning targeted Baha Abu al-Ata’s brother, Mohammed, who was “wounded” but whose two assistants perished.

Since a rain of rockets fired Monday evening from Gaza, in “solidarity” with the Palestinians of East Jerusalem, the Israeli army has stepped up strikes on the blockaded Palestinian enclave. These strikes have so far killed 22 people but this toll could increase even more as the armed wing of the Hamas movement, which controls the enclave, reported on Tuesday new “martyrs” without specifying the number or the number. place of their death.