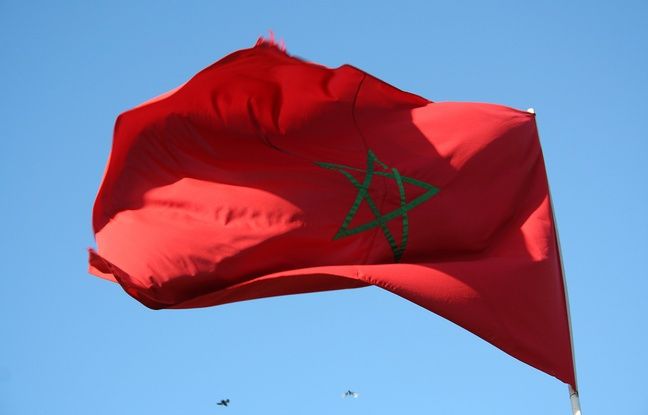 “A big step forward for peace in the Middle East”. Donald Trump struck another diplomatic blow on Thursday by obtaining from Morocco a “historic” normalization agreement with Israel, as part of the American peace plan in the Middle East. The American president also recognized Moroccan sovereignty over Western Sahara, a decision strongly condemned by the Sahrawi separatists.

“Another historic breakthrough today! “, wrote on Twitter the American president. “Our two great friends, Israel and the Kingdom of Morocco, have agreed to completely normalize their diplomatic relations – a big step forward for peace in the Middle East! “

Another HISTORIC breakthrough today! Our two GREAT friends Israel and the Kingdom of Morocco have agreed to full diplomatic relations – a massive breakthrough for peace in the Middle East!

Rabat confirmed the announcement with a statement from the Royal Palace. King Mohammed VI told Donald Trump that his country would “resume official contacts (…) and diplomatic relations as soon as possible” with the Hebrew state. The sovereign also assured Palestinian President Mahmoud Abbas of the continuation of “Morocco’s permanent and sustained commitment to the just Palestinian cause”.

This is not a “recognition” of Israel, said a senior Moroccan diplomatic official, even if links exist between the two countries, in particular because of the large Jewish community of Moroccan origin in Israel, which has around 700,000 people. “Morocco recognized Israel in 1994, there was a diplomatic presence for eight years in Rabat and Tel Aviv”, until their closure in the early 2000s, recalled the senior official.

Direct flights between the two countries

Israeli Prime Minister Benjamin Netanyahu welcomed the “historic” agreement, the announcement of which coincides with the start of the Jewish Hanukkah holidays. He spoke of “liaison offices, then direct diplomatic relations and direct flights between the two countries”.

The Palestinian Islamist movement Hamas, which controls the Gaza Strip, has instead denounced a “political sin (…) which does not serve the Palestinian cause”. Egyptian President Abdel Fattah al-Sisi, meanwhile, hailed an “important step towards greater stability and cooperation” in the region.

On the settlement of the Israeli-Palestinian conflict, Morocco is in favor of a two-state solution with East Jerusalem as the capital of the Palestinians, and against Israel’s policy of colonization in the Occupied Territories.

The question of the normalization of relations between Rabat and Israel was revived in February during a visit to Morocco by the head of American diplomacy Mike Pompeo. Israeli media assured that Rabat would be ready to make a gesture in return for American support for Morocco on Western Sahara. This former Spanish colony is claimed by the Moroccans and the separatists of the Polisario Front supported by Algeria, Rabat’s neighbor and great regional rival.

Donald Trump, who will leave the White House on January 20, also announced that he signed a proclamation on Thursday recognizing Moroccan sovereignty over the disputed territory. “Morocco’s serious, credible and realistic proposal for autonomy is the only basis for a just and lasting solution to ensure peace and prosperity! “, He wrote on Twitter.

If Mohammed VI hailed a “historic position” of the United States, the Polisario Front condemned “in the strongest terms the fact that outgoing American President Donald Trump attributes to Morocco what does not belong to him”, according to a statement. US President-elect Joe Biden’s team declined to comment on Donald Trump’s announcements.