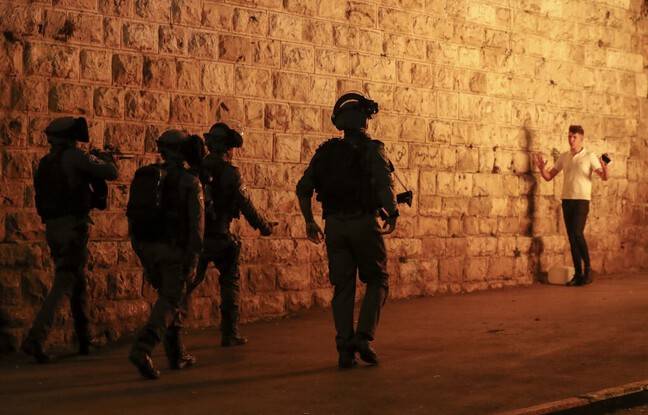 Human rights organization Human Rights Watch called Israel’s policy towards Arabs on its soil and Palestinians in the occupied territories “apartheid,” in a report released on Tuesday.

Israel believes that it is a “propaganda leaflet” unrelated “to the facts or the truth on the ground” and written by an organization driven “for a long time by an anti-Israel agenda”, reacted the Israeli Ministry of Foreign Affairs.

“The threshold has been crossed”

Israeli NGOs have been using the term “apartheid” for several months to refer to Israel’s policies towards Israeli Arabs – descendants of Palestinians who remained on their land after the creation of the Hebrew state – and Palestinians in the occupied West Bank, Gaza under blockade and East Jerusalem annexed. But this is the first time that a large international NGO for the defense of human rights has taken over it on its own.

“Based on its research, Human Rights Watch concludes that the Israeli government maintains a deliberate domination of the Israeli Jewish population over Palestinians across Israel and the Occupied Territories,” the report said. When this “deliberate domination” is added to “systematic oppression” and “inhumane acts”, “it is the crime of apartheid”, concludes HRW, saying it is based on the legal definition of apartheid and not on a comparison with the old racial policy of South Africa. “For years we have been saying that we are close to apartheid (in Israel / Palestine), and I believe it is now clear that the threshold has been crossed,” said Omar Shakir, author of this 200 report. pages.

A “persecution” against the Palestinians and the Arab minority

This “threshold” has been crossed in recent years with the rise of Israeli settlements in East Jerusalem, the eastern portion of the Holy City annexed by Israel, and in the occupied West Bank where nearly 700,000 settlers now live, said Omar Shakir, estimating that the Israeli settlements which were to be “temporary” have become “permanent” constructions for lack of agreement on the recognition of a Palestinian state.

HRW’s decision to use a term as loaded as “apartheid” but also to qualify Israeli policy towards its Arab minority and the Palestinians as “persecution” comes a few weeks after the announcement by the International Criminal Court (ICC) the opening of an investigation into alleged crimes committed by Israel since 2014 in the Occupied Territories. Israeli Prime Minister Benjamin Netanyahu called the ICC decision “anti-Semitic”.

The future of this investigation – which includes a component on the expansion of the settlements – is now in the hands of the future prosecutor Karim Khan who is to succeed Fatou Bensouda in mid-June. HRW called on future prosecutor to “stick to the facts”, “conduct an independent investigation” and “bring to justice those implicated in serious crimes, including those of apartheid and persecution,” Omar said. Shakir, currently in Jordan after his deportation from Israel in November 2019.

The NGO, headquartered in New York, also urges the UN to create an “international commission of inquiry” on the situation in Israel and the Territories, and on countries not to “be complicit” in politics. Israel towards the Palestinians, without calling them to boycott the Jewish state, Omar Shakir said. HRW also called on the Palestinian Authority to “cease its security coordination” with the Jewish state so as not to be itself “complicit” in “apartheid”. President Mahmoud Abbas suspended this cooperation with Israel for several months in 2020, which resulted in a freeze on transfers of customs taxes collected by Israel on behalf of the Palestinian Authority.