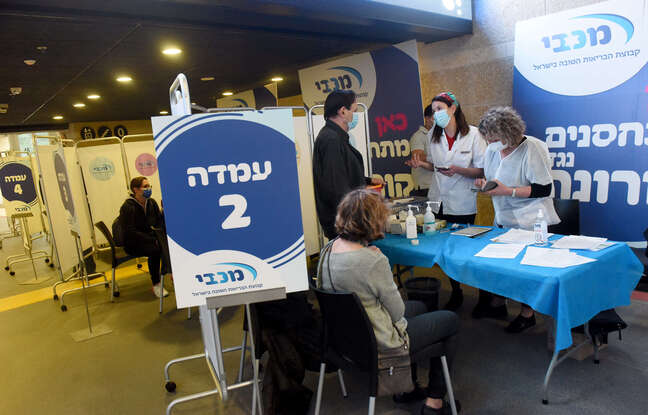 Israel is preparing to begin a third quasi-general containment of at least two weeks on Sunday to curb an increase in contamination with the new coronavirus, while the national flash vaccination campaign, launched last week, is in full swing.

Containment measures must come into force from 5 p.m. (3 p.m. GMT) for a period of two weeks which could be extended to one month if the number of daily contaminations remains above the 1,000 mark.

Israelis will not be able to travel more than a kilometer from their homes and most businesses will be closed except for deliveries.

Professional sectors that do not receive the public must keep only 50% of their staff in their premises. However, it will be possible to get vaccinated and the school system will partially function.

Travelers returning from abroad must already – with exceptions – pass their quarantine in hotels designated by the authorities.

Prime Minister Benjamin Netanyahu said on Saturday that the “unprecedented in the world” national vaccination campaign launched last week aimed to immunize a quarter of Israel’s population (9 million) in one month, at the rate of 150,000 people per day. “As soon as this is achieved, we will be able, in 30 days to get out of the coronavirus and reopen the economy,” he said.

After a first containment in the spring, the authorities had imposed a second in September when the country recorded one of the highest infection rates per capita in the world.

After a drop, the number of new infections is on the rise, with more than 3,000 new cases daily in recent days.

The rapid vaccinations and the restrictions “will allow us to emerge the first in the world” from the pandemic, predicted Benjamin Netanyahu, on the election campaign after the dissolution this week of Parliament. His calculation suggests an end to the crisis in early March, just before the new national elections scheduled for the 23rd.