Israeli army finally claims it did not enter Gaza on Thursday 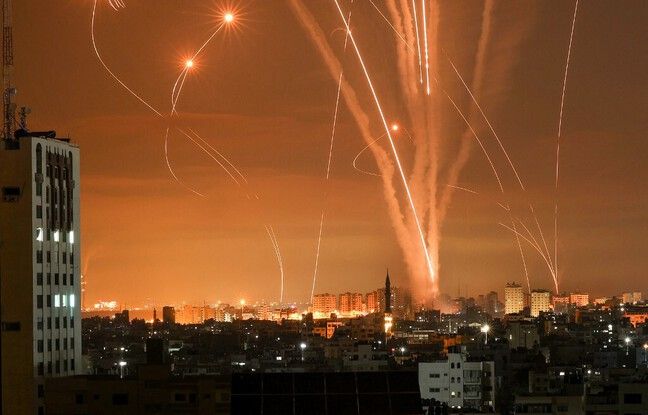 Psychological warfare or error? After announcing the presence of its soldiers in the Gaza Strip, the Israeli army backed down on Friday, citing an “internal communication problem”. The army on Thursday massed tanks and armored vehicles along the Palestinian territory from which the Israeli troops had withdrawn unilaterally in 2005. And the defense ministry gave the green light to the army to mobilize thousands if necessary. reservists.

The last Israeli military operation in the Gaza Strip, a territory of two million inhabitants subjected to an Israeli blockade for more than ten years, dates back to 2014. The war between Israel and Hamas then lasted fifty days and made at least 2,251 dead and dead on the Palestinian side, mostly civilians, and 74 on the Israeli side, almost all soldiers. During the night, the Israeli air force continued its bombardments of Hamas sites, as hundreds of Palestinian residents had to leave their homes in a hurry to flee the strikes.

More than 100 deaths on the Palestinian side

Since the start of this new cycle of violence on Monday, 103 Palestinians, including 27 children, have been killed in the Gaza Strip, and 580 people injured, according to a latest report from the local health ministry. In Israel, seven people, including a 6-year-old child and a soldier, were killed. The new conflict was sparked after a barrage of Hamas rockets fired at Israel in “solidarity” with the more than 700 Palestinians injured in clashes with Israeli police on the Mosque Plaza in East Jerusalem, the occupied Palestinian sector. by Israel since 1967.

The clashes on the esplanade, Islam’s third holiest site, followed several days of intense tension and clashes in East Jerusalem, mainly due to threats of eviction of Palestinian families for the benefit of Jewish settlers from a neighborhood in the Holy City. According to the army, about 90% of the more than 1,750 rockets launched since Monday from the Gaza Strip have been intercepted by the missile shield.

The conflict is compounded by an escalation between Arabs and Jews in several mixed cities of Israel, a level of violence not seen in decades according to the Israeli police. Nearly 1,000 members of the border police have been called in to reinforce these towns, theaters of riots since Tuesday with clashes and exchanges of gunfire, and more than 400 people, Jews and Arabs, have been arrested these three last days.

On Thursday evening, a man opened fire with a semi-automatic weapon on a group of Jews, injuring a person in Lod near Tel Aviv, according to a witness and police. Far-right Israeli groups clashed in towns with Israeli security forces and Arabs, the descendants of Palestinians who remained in their land when Israel was created in 1948. Faced with the intensification of the Israel / Hamas conflict, the Council of UN security is due to hold a virtual public meeting on the conflict on Sunday. The UN envoy for the Middle East, the Norwegian Tor Wennesland, as well as representatives of Israel and the Palestinians are expected to attend.