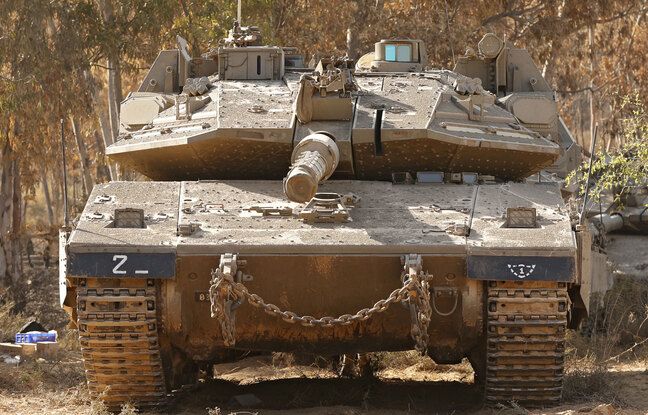 The escalation continues. The Israeli army bombed this Sunday the house of the leader of Hamas for the Gaza Strip, crossing a new level in its attacks against the Palestinian Islamist movement, a few hours before a meeting of the UN Security Council.

The fate of this senior leader -Yahya Sinouar- of the movement controlling the Palestinian enclave, a poor territory of two million inhabitants under Israeli blockade for more than ten years, is not immediately known. The strike came in the aftermath of bombings in Gaza that claimed the lives of children and pulverized international media offices, and rocket salutes into Israel.

Since the start of this new conflict between the Jewish state and armed Palestinian groups in Gaza on Monday, nearly 170 people, mostly Palestinians, have been killed. Israeli forces “attacked the home of Yahya Sinouar and his brother, a terrorist activist,” the army wrote on Twitter, posting a video showing a house pulverized in a cloud of dust.

Palestinian security sources have confirmed a strike on the home of Yahya Sinouar, re-elected in March as head of Hamas’s political bureau in Gaza. While the protagonists have so far remained deaf to international calls for a cessation of hostilities, diplomatic negotiations are intensifying with a virtual meeting of the Security Council scheduled for 2 p.m. GMT.

UN boss Antonio Guterres said he was “appalled” by the “growing number of civilian casualties” and “deeply disturbed” by the Israeli attack on the media building. For his part, an American envoy, Hady Amr, is due to meet with Israeli leaders in Jerusalem and Palestinian officials in the occupied West Bank during the day.

On Saturday, ten Palestinians, including eight children from one family, perished in an Israeli strike on a refugee camp in the Palestinian enclave. A 50-year-old Israeli, driving his car, was then killed in the suburbs of Tel Aviv in the explosion of rockets fired by Hamas to “avenge”, according to this movement, the strike “against women and men. children ”in the territory.

Later, a 13-story building that housed the teams of the Qatari news channel Al-Jazeera and the American news agency Associated Press (AP) was pulverized by strikes by the Israeli army which had previously requested evacuation of the building. According to the army, the building housed “entities belonging to the military intelligence” of Hamas accused of using civilians as “human shields”.

Prime Minister Benjamin Netanyahu, who spoke to the US president after the strikes, said he had the “unequivocal” support of Joe Biden. Joe Biden, who also spoke on the phone with Palestinian President Mahmoud Abbas, said he supported Israel’s right “to defend itself” while expressing concern over “the safety of journalists.”

Late in the evening on Saturday, another ten-story building, the al-Andalous Tower, was badly damaged by strikes. And Hamas then launched a new barrage of rockets at Israeli cities, including Tel Aviv.