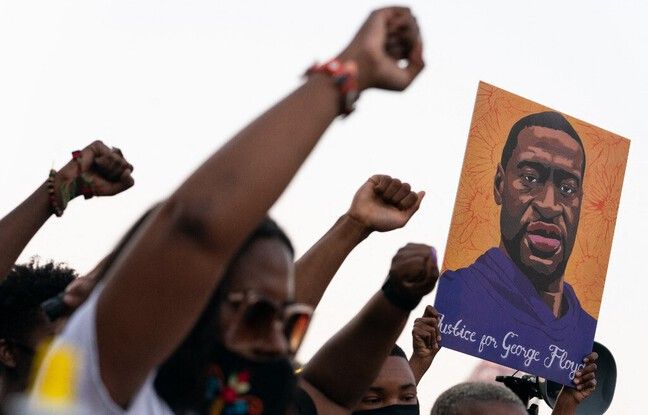 After a three-week high-tension trial, white policeman Derek Chauvin was convicted on Tuesday of the murder of George Floyd, a black forty-something, last year in Minneapolis, which has become the symbol of police brutality against minorities in the United States. United.

“It is a victory for those who fight for justice against injustice” as well as a “turning point in history”, welcomed the lawyer the Floyd family, Ben Crump. Joe Biden in person made a point of phoning the victim’s family as soon as the verdict was announced to show his support and then spoke alongside his vice-president Kamala Harris to welcome a court decision that “will not do. not come back George ”but maybe the time for a“ significant change ”. Can this verdict have an impact on police violence in the United States? 20 Minutes interviewed Charlotte Recoquillon, geographer, doctor of geopolitics and specialist in the United States.

Was this verdict expected?

Even if it was expected, no one really dared to believe it. It is so common to see police officers acquitted in cases of police violence, even those where there is evidence … But for this case, the evidence kept accumulating during the trial, it was overwhelming. In addition, the jurors deliberated in a very short time, a sign that they had no difficulty in reaching an agreement. It also seems to me that the mix in this jury, which is quite unusual, and the extreme media coverage of this case even before the trial may have influenced the opinion of the jurors.

Can the conviction of Derek Chauvin serve as an example?

We must put a lot of tweezers in these answers. Each American state has its own legislation, the same facts in different states are not condemned in the same way. Justice is not meant to be done to set an example. What is at stake is more the prosecution of the police than their convictions. In every case, will the police now be prosecuted and charged? The future will tell.

On the other hand, without the public pressure, the police might have disguised the events and could have adopted a one-sided discourse by saying that George Floyd was resisting, that it was a legal use of force. It is because there were witnesses, that the public pressure was strong, that Derek Chauvin was let go by his peers. They broke away, so that they could say that it’s a black sheep, the case of one policeman, and not of the whole system, that’s the problem.

Can we qualify this decision as historic?

It is indeed historic in many ways. George Floyd’s death sparked a huge wave of protests. This wave was the largest in the history of American social movements in terms of the number of demonstrators, the cities involved, the duration of the movement. The damages negotiated by the family of George Floyd with the city of Minneapolis, even before the trial, are also historic.

Now, it is not because it is historic that it will transform the system, the police institution and police violence. Moreover, during the three weeks of the trial, the police violence did not disappear (Daunte Wright, Caron Nazario, Adam Toledo), which shows that the problem has not been solved.

Can we hope for a change in police violence?

We are far from it. It will require deep reforms, very large, cosmetic reforms will not be enough. It is only journalists who say this is a turning point. The leaders of the Black Lives Matter movement are satisfied with the verdict, but they warn: it does not sum up justice, it does not solve the problem of police violence as a whole. In addition, when we talk about police violence, we immediately think of the murders, but there are also a lot of people who are injured, harassed, beaten, assaulted by the police. This whole mass of victims is invisible to public opinion and the media. Police violence is not at all a topic buried or behind us.

We must now await the conviction of Derek Chauvin (his sentence). It is likely that it is quite exceptional, but nothing is done, we should not rejoice too quickly. On the other hand, what has changed with the media coverage of this affair and the mobilization of Black Lives Matter since 2013 is the knowledge of police violence by all Americans. Whatever their opinions, whether they are for or against, Americans are now much more advanced in their opinions. Now, they all have a “sophisticated” opinion on police violence.