It is “not reasonable” to want to shift it, believes the president of Medef 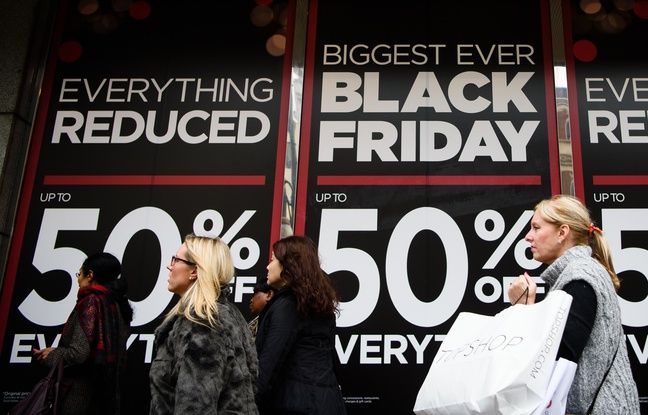 One week before the promotional operation, the president of Medef, Geoffroy Roux de Bézieux, estimated on Thursday that it was “unreasonable” to want to postpone “Black Friday”, considering that it was necessary rather open all shops from November 27.

“Everything is imaginable, but not eight days before. There are supermarkets that have prepared their catalog. (…) We talk a lot about Amazon (…) but there are plenty of French traders who have prepared their promotions, ”said the president of Medef on RTL.

#BlackFriday : “Everyone must be open by the 27th at the latest”, asks @GeoffroyRDB, president of @medef, guest of #RTLMatin with @VenturaAlba pic.twitter.com/CbyEZNEzBL

“And this should not be an excuse to tell us, we are pushing back” Black Friday “so you do not open the 27th, which is perhaps what can be drawn behind”, he said. worry. The Minister of the Economy, Bruno Le Maire, on Wednesday asked distributors to postpone this promotional operation, Bercy assuring in the wake that this request in no way prejudged the decision on the date of reopening of shops.

For Geoffroy Roux de Bézieux, “everyone must be open” on November 27. “I cannot believe that within three days, between December 1 and November 27, it has an epidemic effect,” he said. Professionals “await a decision of common sense”, he insisted, adding that they are ready to strengthen the sanitary rules in their businesses. For him, the right solution is to harden the gauges of authorized customers at the same time in the stores.

#Confinement : “We are not just waiting for the opening of shops, we are waiting for a medium-term vision on a healthy cohabitation between economy and health”, @GeoffroyRDB, president of @medef, guest of #RTLMatin with @VenturaAlba pic.twitter.com/gALy3YiUQe

Are the shops open every Sunday from January?

Besides schedule extensions, but which have “a limit”, he also argued that we could think about opening additional Sundays in January. Beyond the reopening of businesses, businesses, especially restaurants and all other closed sectors, expect “a medium-term vision, over three to four months, on healthy cohabitation, a good balance between economy and health” .

Concerned about a country “on edge”, he considered it important for the government to agree on the restrictions that will continue beyond confinement. “It cannot fall vertically,” he warned, echoing the criticism formulated the day before by the secretary general of the CFDT Laurent Berger. For restaurants, for example, he proposed that they could reopen provided that customers who want to go there agree to be geolocated.