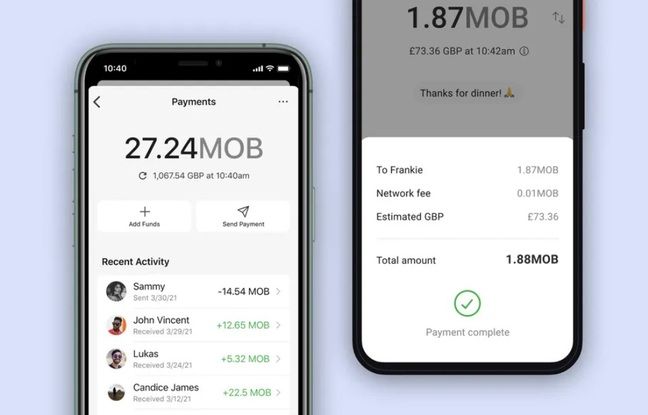 The secure messaging application Signal has just announced the arrival of a new payment system. This will allow users of the app to make peer-to-peer payments which greatly facilitate the sending of money. It suffices to have the name and first name of a person, as well as his phone number and you’re done. The feature is currently only available in the beta version of Signal’s Android app, but the messaging app intends to roll it out more widely soon.

A consistent choice of protocol

At present, Signal only takes into account a single protocol; MobileCoin and its MOB cryptocurrency. A logical choice on the part of the messaging application since it is focused on confidentiality, as pointed out by Jun Harada, responsible for growth and communication within Signal on the blog of the app; “The first payment protocol we’ve added support for is a privacy-focused payment network called MobileCoin, which has its own currency, MOB. “

“As always, our goal is to keep your data in your hands rather than ours; MobileCoin’s design means Signal does not have access to your balance, full transaction history, or funds. You can also transfer your funds at any time if you want to switch to another app or service, ”he continues in his article.

A logical positioning in the face of the explosion of cryptocurrencies

In fact, users will be able to link their MobileCoin account to Signal Payments to easily and quickly make payments to their contacts from the app. They will also be able to follow their balance and consult the history of their transactions via a simple interface.

Currently, sending cryptocurrency money through Signal is only available in beta and only in the UK. It will therefore be necessary to wait until the end of the tests and until the deployment of the functionality at home to take advantage of it.

The addition of this feature within Signal once again shows how much cryptocurrency has been on the rise lately, aided by the explosion in the value of Bitcoin in recent months. We can also imagine that the recent and significant increase in the number of Signal users due to the policy change of WhatsApp has also played in the balance and pushed Signal to integrate new features.