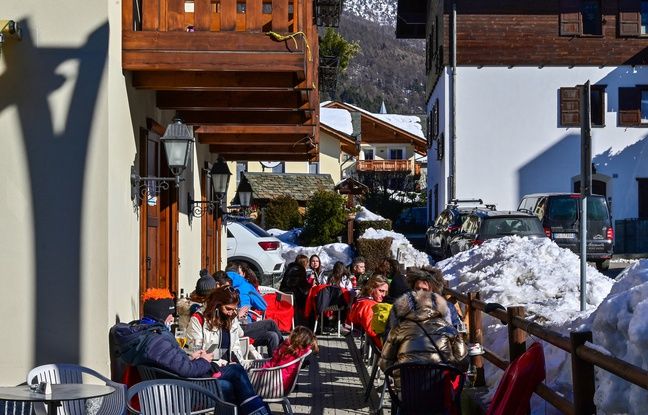 Italy has decided to keep ski resorts closed which were to reopen on Monday due to the progression of variants of the coronavirus, including the British variant, the Ministry of Health announced on Sunday. Italy’s Health Minister Roberto Speranza signed the extension of the closure of these ski resorts until March 5, according to a statement from the ministry.

The decision comes as the British variant now accounts for 17.8% of new cases in Italy, according to statistical data from the Italian health agency. “Concern over the progression of this variant, among other variants of SARS-CoV-2, has resulted in similar measures in France and Germany,” the Ministry of Health said in the press release.

Lombardy, a region in northern Italy, announced on Wednesday the reopening from February 15 of its alpine ski facilities, the first authorization to open ski lifts in the country after weeks of closure due to the epidemic of Covid-19. This decision was taken after a favorable opinion given by the panel of experts which advises the Italian government on the fight against the epidemic.

The approval was conditional on the measures taken to limit the number of people on the slopes, including a limit set on the number of ski passes on sale. In the case of Lombardy, the daily number of skiers would have been limited to 30% of the hourly capacity of the cable cars and ski lifts.

Alpine skiing was to be authorized next week in other regions provided they are still located in the “yellow” zone of lower risk of spreading the coronavirus. But this Sunday, due to new data from the Italian Health Agency, new restrictions were decided in Abruzzo, Liguria, Tuscany, and the Autonomous Province of Trento, which were “yellow” and become ” orange ”.

The Ministry of Health may change the classification of regions into zones of different colors based on data provided by a report released each week. Many experts were warning of reopening as the epidemic continues to rage without the country.