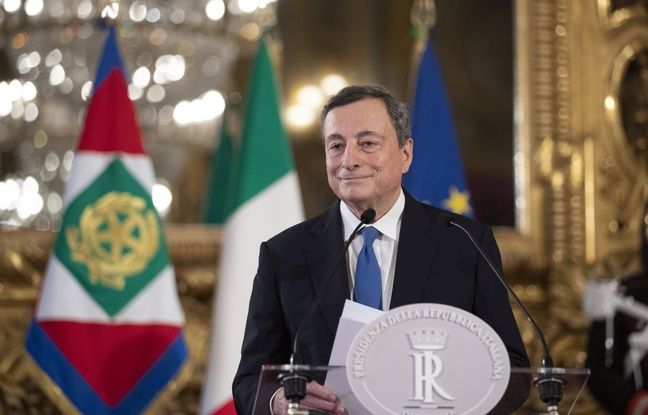 The Italian government of Giuseppe Conte fell on Tuesday. The routine, in a country which has had 66 governments since the establishment of the Republic, almost 75 years ago. Except that in the midst of a global pandemic, which particularly affected Italy, the case takes a particular turn.

Giuseppe Conte had been the President of the Council since the spring of 2018. He then led an unexpected government between the 5-star Movement (M5S), hitherto anti-system, and the League of Matteo Salvini, the main far-right party. Conté had already almost left the stage in the summer of 2019. Matteo Salvini, on the strength of his success in the European elections, believed to provoke elections by leaving the government. M5S and Conté have returned in extremis their majority towards the left, thanks to the Democratic Party (PD), the second largest force in parliament.

It was Matteo Renzi, President of the Council from 2014 to 2016, who withdrew his support for Conte, however popular. Renzi, who left the PD in 2019, leads from a small center-left party. Small but strong: its handful of parliamentarians are necessary for the government. “Renzi never digested to have had to leave power”, thinks the historian specializing in Italy, teacher-researcher at Paris I, interviewed by 20 Minutes, Ludmila Acone. In 2016, Matteo Renzi had in fact resigned after losing a referendum he himself had launched. For 20 Minutes, Paolo Levi, journalist at the Ansa agency, also sees it as a political maneuver, but “Renzi also raised legitimate questions about the 209 billion euros from the EU stimulus fund”.

This is the crux of the problem: under the success of the Conte II government, there is the obtaining, via the European recovery plan, of this tidy sum. It remains to agree on a breakdown and have it validated by the EU. It is this urgency, in addition to the health crisis, which pushed the President of the Republic, Sergio Matarella to propose to Mario Draghi to form a new government, rather than going towards elections, possibly favorable to the extreme. right. Draghi is a banker, former governor of the European Central Bank, from 2011 to 2019.

The praise rains on the President of the Council designated: “The Ferrari of the statesman”, gets carried away Paolo Levi. A man “skillful, credible, who has the favors of the European Union”, adds Ludmila Acone. But also “everything against which the majority of Italians voted in the 2018 elections” when nearly 55% of the votes went to the populist and far-right parties, in opposition to the governments of technocrats in favor of austerity . How to obtain a majority under these conditions?

Without the case being fully heard, Mario Draghi still seems in good shape. “He could have a majority if the parties keep in mind the immediate emergencies facing Italy,” said Ludmila Acone. Certainly, because he is a banker, carried by Berlusconi to the ECB, parties are against him in principle, but he is also the man of ‘whatever the cost’ ”, at the time of the crisis of sovereign debts, in 2012.

The Democratic Party could top, just like the moderate right of Silvio Berlusconi – much weaker than before but still key. But the M5S? The party could fracture as the left wing categorically refuses a technical government. But “its former leader, Foreign Minister Luigi Di Maio has just asked his party to be responsible,” notes Ludmila Acone. If that was not enough, Mario Draghi could well seek votes from Matteo Salvini’s side.

He has more interest in early elections: if he has lost a lot since he left the government, he still leads the polls. But the strategy of causing elections in the midst of a pandemic and leaving the 209 billion euros of the recovery plan on hold is risky.

And under pressure from the pro-business wing of the League, which sees Mario Draghi in a positive light, Salvini could be tempted by a transitional government, before elections in a few months, in a less tense health context. “It has changed a lot over the past two years,” says Paolo Levi. Unlike a Marine Le Pen, he is not a viscerally far-right type, he is above all an opportunist. Today or in the fall, the return to the polls seems likely anyway.