“It’s mandatory”, traders are busy this time to create their websites 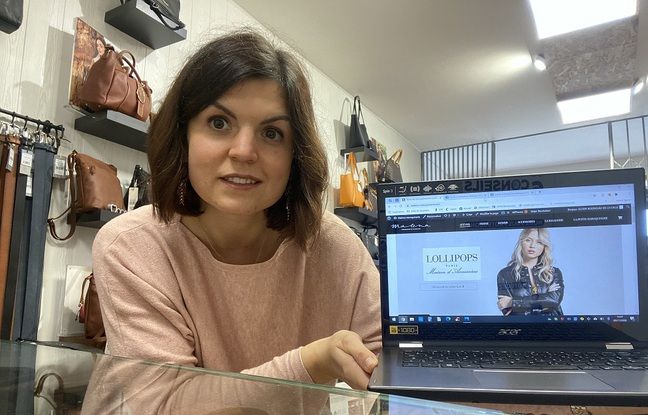 Since mid-October, Elodie Rodriguez has been spending hours there. All his days even with confinement. What to do ? Referencing! This trader has just launched her website: “It’s really mandatory today! I have no other choice, especially since I usually make a quarter of my turnover at Christmas, ”admits the one who runs the leather goods store. Malena in Sainte-Foy-la-Grande in Gironde. And apparently, she’s far from the only one who spends “ten hours” a day on her computer.

If for the moment, it is still too early to give figures and speak of a real phenomenon for Patrick Seguin, the president of the Bordeaux Chamber of Commerce and Industry confirms “an awareness” in relation to the first confinement on e-commerce. “Things are moving” as he repeats. “Today of the many calls (420 per day) that we receive at our Covid-19 crisis unit, 30-40% are for information on the click and collect whereas last March, there were very few if any. We were mainly asked for information on how to get help, ”adds a member of the CCI.

For Elodie Rodriguez, the project already existed but clearly the Covid-19 epidemic accelerated it. “A site like mine costs 4,000 euros and it’s a good investment,” she explains, “there I had to put only 200 euros out of my pocket thanks to the aids and the training I followed. “This is offered by the CCI over two days with different themes to choose from (create your Facebook or / and Instagram store, create your mini-site click and collect, diversify your turnover: from a traditional store to an e-commerce site, create an online sales site or even boost your turnover through social networks) to know what to do and not to make.

According to Patrick Seguin, “there is a strong demand because traders say to themselves that we have to move and that in addition we are not immune to a third or fourth wave. They don’t really have a choice. We even see newcomers arriving, construction companies, industrial subcontractors. “Structures which discover for the occasion” new markets and customers “with their site, affirms the president of the CCI before highlighting the national partnership signed with La Poste:” My city, my shopping “. A platform to digitize your local business in a few hours.

The difficulty of SEO

But beware, all is not rosy. Especially not in these times of confinement for traders. If the website is no longer seen “as a competitor but as a tool”, this cannot be done in two clicks, recalls Patrick Seguin. “Sometimes the shopkeeper doesn’t even have photos” on hand and when he does, it takes a long time to believe Elodie Rodriguez:

To list ten products, I need a good hour and I have 1,500! Today only 200 are on my site. And then, we must also solve all the small problems on the right, on the left or to respond to customers. “

Difficulties also pointed out by the leaders of the ICC. Beyond the inequalities between regions, for example “Lyon is ahead” specifies Patrick Seguin, “we should set up a large-scale, almost industrial system to develop the digitalization of our businesses. If things move, it will therefore still take time and resources for the 38% of traders in the Bordeaux region who do not have an Internet site all take the plunge.