It’s not easy to choose insurance for your smartphone 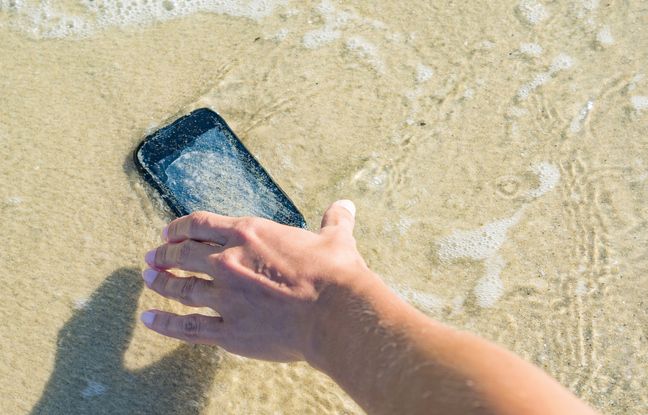 It takes an average of around 400 euros to afford a new smartphone. And again, the price can easily double when aiming for the most sophisticated models.

And as the number 1 piece of equipment in terms of daily use, mobiles are also exposed to a whole host of risks. After having spent such a sum, it is therefore a question of protecting your investment.

Commit for one year

Any store or internet platform that sells smartphones will offer you to take out insurance to cover your costs in the event of a later problem. This type of offer is part of what are called “affinity” guarantees, taken in addition to the purchase of a good or a service and which most often commit you to the insurer chosen by the company. store or mobile operator.

Billed at around ten euros per month, these guarantees are in principle taken out for a period of one year, tacitly renewable. However, it is a particularly juicy market. According to the magazine 60 million consumers, between 500 and 800 million euros in insurance premiums were paid in 2017 to cover mobile phones. But at this price, what protection are you entitled to?

A panel of guarantees

This type of insurance mainly intervenes in the event of breakage, oxidation and theft. Some offers may also apply this cover to original accessories sold with the smartphone. Offered by the majority of contracts, the breakage guarantee covers the repair costs in the event that you damage your mobile to the point of impairing its proper functioning. Be careful, here we are targeting external damage to the device that has occurred by accident.

Also present in most offers, the oxidation guarantee covers situations in which the telephone malfunction results from contact with water, or even other corrosive liquids. As for coverage against theft, it seems judicious when we know that nearly 700,000 mobile phones are stolen each year, according to the National Observatory of Crime and Criminal Responses (survey published in 2016).

Beyond questions of franchise, it is above all the exclusions of guarantees that pose a problem. Multiple surveys and comparisons have shown that your mishap has every chance of not being taken into account. Based on the review of several insurances in 2019, the National Consumer Institute (INC) explains that breakage through negligence is tolerated in some cases, but excluded in others. On the other hand, if your phone works despite big scratches on the screen, you will have to fend for yourself.

Depending on the contract, the guarantee against oxidation can also relate to “any corrosion by chemical effect of the components” or be limited to “accidental contact with water or other liquids”. Some blankets also exclude moisture resulting from atmospheric conditions. So beware of the cold … But it is undoubtedly the theft guarantee that is causing the most ink to flow. Theft on the sly, pick-pocket, assault, break-in or clandestine entry into the house, it is not the same for your insurer.