Its rules have been relaxed, but will mortgage loans really be more accessible in 2021? 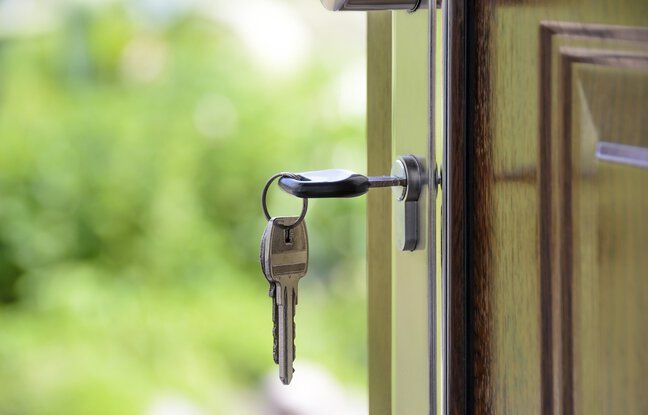 The HCSF releases ballast, but is it releasing enough? Meeting on December 17 under the chairmanship of Bruno Le Maire, the Minister of the Economy, the High Council for Financial Stability softened its recommendations on mortgage loans.

The institution, which asked the banks in December 2019 to tighten the screw to compensate for the extremely low interest rates, retraced its steps. To allow a greater number of people to have access to property despite the economic crisis due to Covid-19, the HCSF thus grants more margin to banks on the calculation of the debt ratio, deferred amortization in new buildings and the exceptions granted.

The drifts have disappeared

In its press release, the HCSF reiterates the objective of its recommendations on mortgage lending: “to preserve sound practices while reconciling wide access to credit and granting conditions which ensure financial stability and household protection”. Despite rates that remained low in 2020 and a record number of new loans in September and October, the Council noted that the drift in granting conditions in recent years seems to have stopped.

Hence this relaxation of recommendations to banks: the effort rate, or debt ratio, calculated to grant credit or not to a household, will drop in 2021 from 33 to 35%. The loans in the nine will be able to integrate two years of amortization, allowing buyers to spread their payments over twenty-seven years instead of twenty-five today. Finally, the banks, to which it was recommended not to exceed 15% of files out of the nails, have the green light to go up to 20%.

Access to real estate credit will therefore, in theory, be easier in 2021. But we should not expect an explosion in transactions, believes Maël Bernier, spokesperson for Meilleurtaux.com. “It is a first step and it goes in the right direction, but it is not a revolution”. It still gives a good point to the required effort rate of 35%. “At 33%, there were a lot of people whose files were rejected. They were missing 4,000 or 5,000 euros. With this new rate, their file could perhaps pass ”.

But for Alban Lacondemine, mortgage broker and president of Emprunt-Direct.com, this measure will not change much, especially for small investors. “Rental income is no longer taken into account to calculate the effort rate, so these 2 points are almost retail. “

The young and the most modest are left behind

Despite the signals from the HCSF, professionals in the sector therefore display, as we have understood, their pessimism. First, because these recommendations continue to penalize the same cases. The requested contributions are in particular increasingly important, being able to reach up to 10% of the amount of the loan, advance Alban Lacondemine. This directly excludes first-time buyers and the most modest incomes. “Unless you are privileged first-time buyers, through an inheritance, a family loan or a rewarding career as a future doctor, it is very very difficult to obtain a loan,” notes the broker. Especially since banks often ask for residual savings after calculating the effort rate. An aberration for Maël Bernier: “We block the files of young civil servants for one or two percent while they are the only ones who have not seen their income drop this year”.

For the spokesperson for Meilleurtaux.com, the solution could be through increased confidence in banks, giving them more latitude. “Why continue to impose constraints on them when they are perfectly capable of developing their own risk policy as they did perfectly in the past? She asks. And remember that the mortgage default rate in France is currently only 1%. “When someone has been there for a long time, his banker knows his situation, his family… Even if he does not meet the criteria, the banker is able to judge his reliability”.

Recommendations that could become the rule

But this autonomy of banks might not see the light of day. Quite the contrary. Indeed, in its press release, the HCSF indicates that it wants to adopt in the summer of 2021 “a measure to give the recommendation a legally binding character”. These same recommendations could thus become imposed rules.

A measure that worries Alban Lacondemine: “In the current situation, a whole part of individuals will find themselves cut off from access to credit. Those who work in hotels, events, aeronautics… Even with a good income, they will not be able to buy ”.